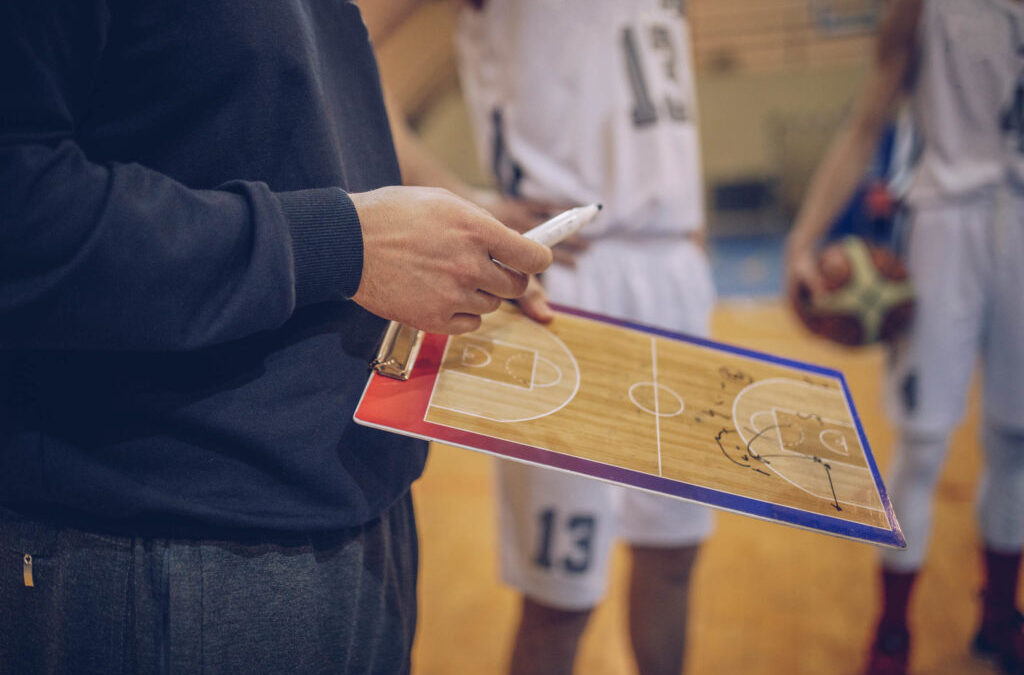 As the final seconds ticked off the clock, Golden State Warriors guard Stephen Curry heaved a pointless Hail Mary shot at the basket. Sumit Arora, Maple Leaf Sports & Entertainment’s (MLSE) Senior Director of Strategy and Analytics, Digital Labs, was in the stands of the Oracle Arena when the final buzzer sounded and history was made in 2019. Canada had its first NBA champions in the Toronto Raptors.

“I’ve been a life-long Raptors fan… so to be there in person and see it happen and celebrate with people that I work with every day to connect our team to our fans and to create an environment in which our team is set up to go and win, it was incredible,” he says.

Few predicted this moment. Though the team had an excellent regular-season record and several years of playoff success, they lacked a lottery draft pick on their roster. The Raptors were the first to win a championship without that luxury. Instead, they saw transcendent performances from players like guard Fred VanVleet (undrafted) and forward Pascal Siakam (27th pick overall).

The Raptors drafted those players in 2016, the same year they set up an advanced analytics “War Room” in their new state-of-the-art training facility, the OVO Athletic Centre (then called the BioSteel Centre). It was part of a sophisticated organizational approach to identifying talent using data insights that other teams would miss. It was also one of the first steps towards MLSE becoming a pro sports leader in digital innovation and analytics maturity in a transformation that’s touched all of their top-tier teams from the Toronto Maple Leafs on the ice, to the Toronto FC soccer club on the pitch, and the Raptors Uprising e-Sports franchise on the virtual court.

The digital innovation engine that Arora helped build is now launching new products to the market. The latest example is TFC Widenet, a mobile app released in August that is used to evaluate soccer talent based on speed and fitness. By using a smartphone’s video camera to measure a player’s speed as they complete different drills such as a 20-meter sprint, the app will help identify raw young talent that’s worth developing.

“It’s a great example of some of the amazing partnerships we’ve done with the sports performance part of TFC as a front office… and our digital labs team,” Arora says. “It’s a product that we can get in the hands of every soccer player in the country that thinks they’re good enough to be a part of the TFC Academy program and we want to find them.”

To feed the innovation pipeline, Arora and MLSE CIO Humza Teherany helped launch the Future of Sport program in September 2018. The incubator welcomes startups developing digital products in the sports industry. The entrepreneurs are provided with mentorship, access to academics and investors, and most importantly, the opportunity to pilot their technology with MLSE teams and venues.

Technologies being showcased through the program include:

Most of the startups launched out of the two cohorts so far focus on the fan experience, with a couple tuned for enhancing player performance. That trend matches the overall market, according to Scrum Ventures. Fan engagement technologies account for 70 percent of the market, athlete performance for just over 16 percent, stadium experience for 6 percent, and other categories for 7 percent.

That sort of skew in the investment numbers comes thanks to the “two-screen effect,” according to Hans Eckman, principal research director of applications, agile development and management at Info-Tech Research Group.

“Now that we have more devices, when I’m either at the stadium or at home to watch the game, I might have my phone open, a computer open, and I’m pulling in content from multiple locations to enrich the experience,” he says. “Anything from stat and insights to different views of the action. If I’m watching NASCAR, I can actually watch the race from different cars on the track. That’s what we refer to now as over-the-top content. We’re creating this really media-rich experience to augment the passive viewership we were used to.”

Still, at MLSE both fan experience and player enhancement are open for digital innovation. Another Future of Sport Lab graduate provides an example of how data-driven approaches could save an organization millions of dollars. Palo Alto-based Zone7 claims that it can detect and prevent 70 percent of player injuries with its data platform. By connecting to data inputs from wearables, cameras, injury history, and travel and game schedules, it can train algorithms to identify injury risk for individual players.

Zone7’s technology was used in pilot tests with both Toronto FC and the Toronto Maple Leafs. The pilots allowed the startup to train its algorithms, which are unique for soccer and for hockey. Tal Brown, the CEO of Zone7, says the experience working with the clubs was invaluable.

“Our goal was to demonstrate that our technology works and to find a way to deploy them live within MLSE teams. We created a couple of pilots where we analyzed historical data to create a predictive model. We wanted to see, can we detect early signs of injury in a way that’s accurate enough to be actionable?” he says.

Digital innovation pipeline is getting a 5G upgrade

MLSE’s group of owners include two of Canada’s major telecommunications firms – Rogers Communications and Bell Canada – and as a result there will be early opportunities to use 5G wireless technology. Rogers announced its initial 5G rollouts in Toronto in January and specifically mentioned Scotiabank Arena, home to the Raptors and the Maple Leafs, will be one of the first buildings outfit with the next-generation wireless standard.

The technology will be used to innovate both the fan experience and to help give teams a competitive edge, Arora says. Because of 5G’s increased bandwidth capacity and lower latency in response times, it will be possible to evolve from making analytics-driven strategic adjustments from game-to-game to making them in real-time.

“Something as simple as the ability for a coach to sit on a bench and get clear video, fast, of a replay in order to decide whether to challenge the call,” he says. “Or in mid-game, to see a play that just happened and be able in real-time to adjust, to manage the game plan or adjust the formations on the pitch.”

5G could also lead to a more interactive fan experience for those inside the stadium and out, he adds. Tracking detailed points of data like player movement will enable new gaming possibilities for fans, who could try to predict which player moves the quickest down the court, or who spends the most time handling the ball. Another Future of Sport Lab startup, New York-based Stakes, powers that real-time trivia platform that was incorporated into the Toronto Raptors mobile app.

Pro sports organizations could look at 5G like a superhighway, says Eckman. It offers a big performance increase over existing wireless technologies that allows for faster data speeds and more lanes for it to be transported.

Player tracking systems are catching on in the NBA, with winning teams such as the Golden State Warriors, Dallas Mavericks, Houston Rockets, Boston Celtics, San Antonio Spurs, and Oklahoma City Thunder using SportVU cameras to scoop data from the court using cognitive vision, including metrics on player speed, distance covered, and possession time. Where they find the best advantage for shot efficiency, adjustments are made to the game plan to create those opportunities more often.

Many other sports stadiums across North America will be partnering with telecommunications firms to be among the first places that 5G connectivity is available. That’s likely to encourage teams to test new technologies that take advantage of that new bandwidth to see if they can gain a competitive edge or further improve the fan experience.

No matter what tech is being piloted, you can bet that Arora will be a familiar face in the stands, cheering on his team to victory as the clock ticks down.