5G will unlock the future of live entertainment 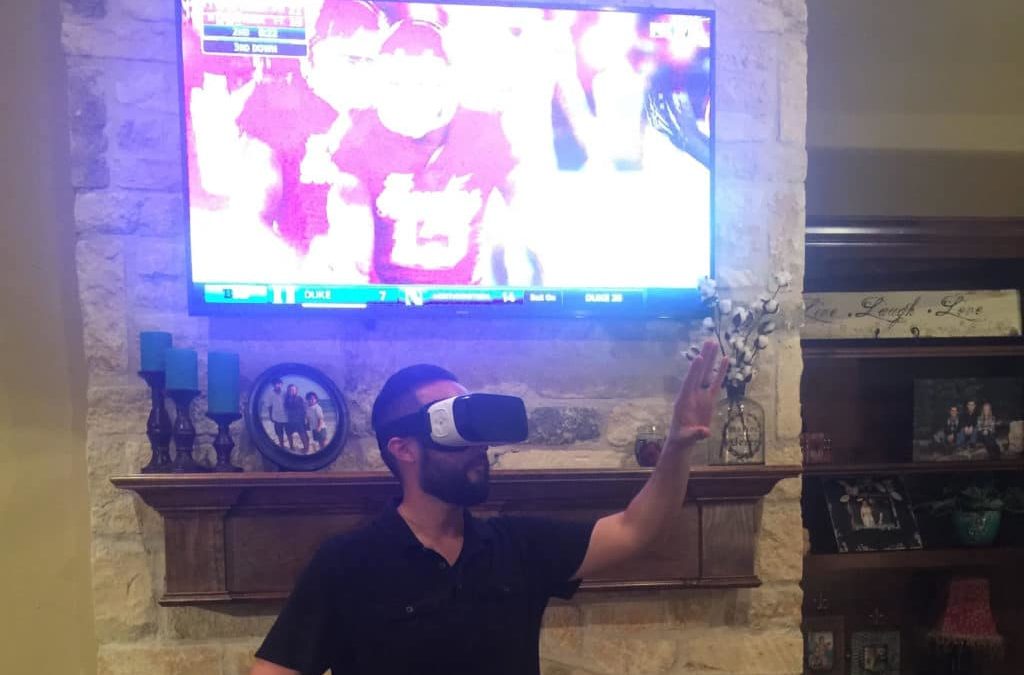 This article is the first in a series that will explore the role of 5G and its potential impact on various forms of entertainment.

For consumers, 5G will bring improved stability and portability of experiences –  faster download and data streaming of high-resolution video, lower latency response times for augmented reality experiences, and the ability to experience highly immersive events. It will be possible to seamlessly watch and interact with live events with friends from anywhere in the world.

Last year in the U.S., almost 437 billion minutes were spent watching the NFL and college football.  That’s nearly 2 billion minutes a day. And when combined with events such as the Super Bowl and the 2018 Winter Olympics, that number doubles. The draw of live sporting events represents an opportunity to enhance experiences from passive viewing of linear live experiences to enhanced viewing through 5G-enabled devices.

From life-size digital versions of star players to live stats overlaid onto  the field of play, 5G will allow for low-latency enhanced experiences that provide control to the end consumer to completely customize their game-day experience in any way they like.

For example, they could control concurrent video streams of the action through their mobile device in a stadium. They may even customize  virtual reality experiences, in which their eyes control contextual hotspots from within the device to change camera angles, similar to experiences delivered through Fox Sports.

We also saw examples of immersive live entertainment at the  2018 Winter Olympics in Pyeongchang, Korea, with in-stadium augmented reality experiences. We can expect even more enhanced experiences with the 2020 Olympic Games in Tokyo, Japan, as there are plans to deliver 8K enhanced video streams.

Being a fan of the Oklahoma Sooners, I jumped at the chance to watch a game via virtual reality. The ability to control the viewing angles and enjoy enhanced digital overlays made for a unique and compelling viewing experience.  Imagine if this was enhanced via 5G, allowing for even lower latency and co-viewing opportunities?

Major sports leagues and teams have already partnered with Verizon to enhance the in-stadium experience via 5G. The NFL and Verizon are working with 13 stadiums across the U.S. for the 2019-2020 football season, focusing  on seated areas and select spots in and around the stadiums.

The NBA and NHL have also partnered with Verizon to enhance their live experiences. NBA teams like the Phoenix Suns, Golden State Warriors, Denver Nuggets, and NHL’s Colorado Avalanche have all embraced 5G solutions. Madison Square Garden, home of the New York Knicks and New York Rangers, is also rolling out 5G experiences to support both live sporting events and concerts.

Leagues and venues are focused on creating compelling and enhanced experiences. This is critical as traditional viewership shifts towards more interactive mediums, such as gaming and over-the-top services.

Concerts are another form of live entertainment that can benefit from 5G enhanced connectivity. Lower-latency response times combined with mobile edge computing can revolutionize the use of open-air holograms, projection and object-mapping technologies to create larger-than-life experiences that bend the rules of reality.

But it’s not just live concerts that can be enhanced via 5G technology. The ability to sell “virtual tickets” to attend stage side, control camera angles, enjoy behind-the-scenes interviews with band members and more could form new revenue streams for artists.

An example of a virtual concert that could be enhanced by 5G is the recent collaboration between EDM superstar Marshmello and Epic Games, the creator of the wildly popular Fortnite video game. Recently, Marshmello held a virtual concert that more than 10 million people attended virtually, in-game. A 5G-enhanced connection combined with cloud gaming services could increase that number exponentially when players are untethered from their consoles and PCs.

Over-the-top content providers and solutions have gone from add-ons to traditional cable to the flavor of choice for many Americans. With the commercialization of 5G, the consumer will have even more  control of how they view their favorite programs, including live television events such as sporting events.

Over-the-top providers like YouTube TV have been experimenting with augmented reality enhanced overlays and advertising, such as YouTube TV’s recent collaboration with Major League Baseball and the World Series. Now with multi-access edge computing, data processing power at the edge of mobile networks, plus lower latency, we will see an increased throughput of streaming media and (OTT) services.

5G over-the-top media consumption will also have an impact on device form factors. At CES 2019, I saw several foldable phone form factors. Why would you need a foldable phone, you ask? Consumption behaviors are directly tied to screen size. There is a correlation between the device screen size and the amount of time spent streaming. More bandwidth, combined with faster download times and more options to consume and interact with live content, means that enhanced OTT services will become the new normal. Consumers might enjoy having the choice of a compact screen that can unfold to a larger screen size.

The commercialization of 5G technology combined with mobile edge computing and the democratization of enhanced reality technology (augmented and virtual reality) will not only impact how we work, but it will also have a significant impact on how we spend our free time.

In future installments of this series, we will explore 5G’s ability to enhance entertainment and the idea of ambient entertainment.