6 areas where technology can make our world safer 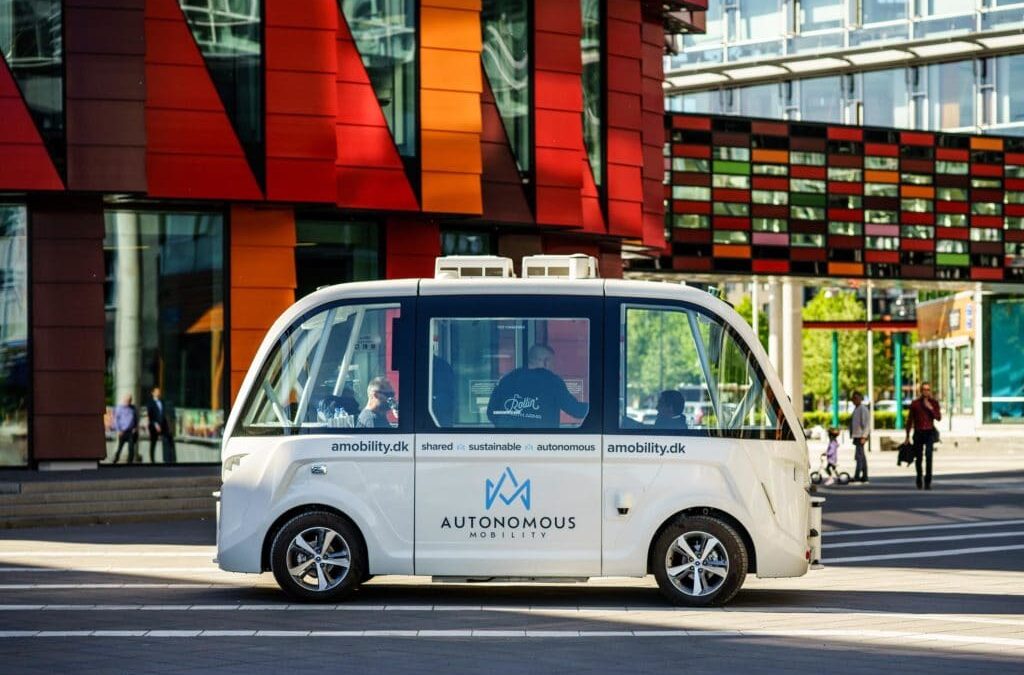 The irony with technology is that while many people have valid concerns about how technological development puts our privacy at risk, technology can also make our world safer.

This is, of course, a broad statement. But there are six key areas, in particular, where existing and emerging technology is poised to provide greater peace-of-mind: artificial intelligence (AI), blockchain, 5G, voice control and assistance, driverless cars, and mobile retail transactions.

How AI can prevent attacks

AI technology is already widely being used to predict our behaviors and offer personalized experiences and services at home, the office, while shopping, and more. But there are many ways that AI can do much more when it comes to keeping us safer, like helping prevent dangerous attacks by identifying and even potentially stopping threats faster than a real human can.

AI is already being used in sensors to search people for concealed weapons, like guns, knives, or bombs. The AI gets smarter over time, creating a massive database of information that it can draw on to more accurately assess a possible threat.

AI-powered radar technology is also being used to help prevent drone attacks, sometimes even with the capability to capture a drone that has been flagged as dangerous and dispatch a net to capture it.

Currently, financial institutions dictate how money is exchanged among people and businesses. More recently, Bitcoin has become a popular, albeit unregulated, cryptocurrency. Blockchain could be the happy medium between the two.

Blockchain allows Internet users to safely and securely transfer digital property among one another. Every transaction is recorded in an online ledger that confirms who and what was involved, along with the time and date. The “block” of information is then broadcast to every computer on the network and verified. Unlike with other digital transactions, if a hacker wanted to manipulate the transaction, they would have to hack the entire ledger on every computer in the blockchain at the same time. It’s next to impossible, which means blockchain could drastically reduce instances of fraud.

Many companies and even nations are already recognizing the value and benefits of using blockchain. In Ghana, for example, land titles are being put in blockchain in order to prevent theft from corrupt officials as well as to prove ownership, which had previously been difficult to do.

Other ways blockchain could be used to make the world not only safer, but run more efficiently, is in elections. Voters could be given unique digital tokens to transfer to their chosen candidate and record in blockchain, virtually eliminating the possibility of voter fraud. A U.S. start-up called Votem is working on such a technology.

There are numerous ways that 5G can, and has already begun to, enable smart cities, mainly thanks to the low-latency, high speed, and reliability of the network technology. Every facet of smart cities, from traffic control to agriculture, air quality, power use, and public safety, can benefit from the implementation of 5G.

In San Francisco, for example, the city installed microphones that can detect gunshots in high crime areas. The result? A reported 35 percent decrease in incidents in an event where shots were fired. For agriculture, 5G technology can power machines that can identify crop diseases and manage crops to reduce the use of pesticides, which can, in turn, benefit the crops, and those of us who eat them.

Driverless cars have the potential to make our worlds safer. According to the Highway Traffic Act, the majority (95 percent) of traffic accidents are the result of human error. Which means eliminating drivers could lead to saving upwards of 1.25 million lives annually.

Fewer accidents on the road can also help alleviate traffic backups, and lead to less polluted air thanks to fewer cars being on the road and ride sharing becoming more popular. Boston Consulting Group says that driverless cars could result in a 60 percent reduction in the number of cars on city roads and 80% less tailpipe emissions.

Dr. Kevin Curran, a professor at Northern Ireland’s Ulster University and group leader for the Ambient Intelligence Research Group, says that only quick networks like 5G can support the “millisecond-level latencies” that are required to make driverless cars run efficiently and safely, able to react in true real-time to situations and critical information.

“We’re not far,” he says, “from driverless vehicles sharing our roads and one day dominating them, but first we need to invest in the infrastructure.”

Never more than now, in the center of the COVID-19 pandemic, has voice control technology been as appreciated. Whereas people once asked why anyone would ever need to turn a light on via voice command instead of flicking a switch, now we seek out such technologies to avoid touching surfaces like light switches and door handles in high traffic areas and help prevent the spread of germs and viruses.

As voice control and assistants become more commonplace, they can help businesses adjust to “the new normal.” Instead of touching a remote, light switch, door handle, or even faucet or toilet flapper valve in a public venue, you could use your voice to initiate the desired action.

Voice control in the context of safety goes beyond preventing physical interaction with surfaces. One way includes law enforcement using voice technology to dictate notes from a squad car while still keeping their eyes on the critical goings-on around the area. Another way relates to disabled persons, who can leverage voice control technology to not only be more independent, but also safer: they can call for help without having to literally lift a finger, or trigger things like a door lock or to shut off an appliance using just their voice.

eMarketer predicts that mobile wallet volume in the U.S. will grow from $662.3 billion in 2019 to $1.33 trillion by 2023. Mobile payments include contactless credit and debit cards, or apps on a smartphone, smartwatch, or other compatible device that you hold up to a contactless terminal to initiate a transaction. “Mobile transactions” are also being trialed using technology like facial recognition, which will further eliminate the need to touch buttons or exchange cash and coins.

These methods reduce the amount of physical touch on high traffic surfaces like point-of-sale (POS) terminals, but are, more importantly, more secure and reliable. With mobile payment platforms like Apple Pay, the person’s credentials are masked and encrypted. A unique token is created for every transaction so the merchant never sees your actual card number and thieves can’t skim the card or number.

This merely scratches the surface of how these 6 emerging technologies can make our world safer. As the technologies improve, testing continues, and new use cases are discovered, everything from AI to driverless cars will contribute to improving our lives, adding convenience, efficiency, and a higher level of safety, overall.