Can the sports and entertainment industries adapt to a low-touch world using technology? 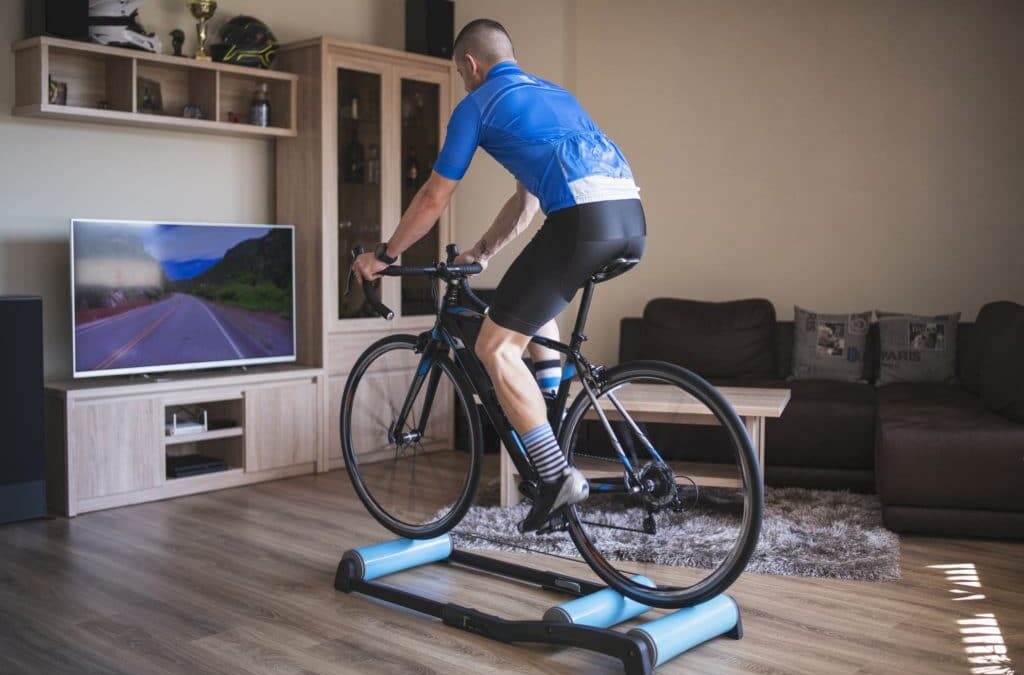 As it becomes clear that COVID-19 will make it difficult – if not impossible – for regular sporting and entertainment activities to resume in the near future, can technology help us navigate these new challenges? We take a look at some of the emerging tech that presents some possible solutions to the roadblocks ahead.

The recent attempts in the U.S. to resume Major League Baseball games illustrate how widespread the problems facing the industry are. Most sports, for example, require athletes to be in close proximity to one another for extended periods of time in order to gain the level of practice and muscle memory required for optimum performance. And there is no substitute for this experience. Which is not to say, however, that the training experience cannot be virtual.

“The brain is the most important ‘muscle’ in an athlete’s body. Every command to our bodies starts in the brain,” says Bob Tetiva, Sense Arena Founder and CEO. His company produced a VR hockey training kit, developed with extensive input from professional coaches and players. The technology was designed to improve cognitive skills by simulating game situations, while focusing on reaction speed and decision making skills to test a player’s hockey intelligence.

“VR gives you the benefit to work on speed of reaction, decision making, reading of the game etc.,” Tetiva explains, adding that these systems were already proving to be a game changer, having been increasingly adopted by mainstream teams across many sports.

Yet the widespread use of virtual reality equipment also presents other practical issues, as devices are often shared, providing another potential avenue for virus transmission.

Smart Tech Hygiene such as Cleanbox are tackling this issue through products that enable such equipment to be decontaminated, and this is another key piece of the puzzle for the next steps in the content production chain.

“From a production perspective, we can absolutely start to use Smart Technologies to help bring sports back online in a way that does not compromise athletes, broadcasters, trainers, referees and crew, and provide solutions that decontaminate spaces as well as shared devices and accessories from headphones and microphones, to walkie-talkies and clipboards,” explains Cleanbox Chief Growth Officer Leila Amirsadeghi.

The future of content production will therefore likely have to factor in a level of planning and hygiene that would have been unthinkable even a year ago, but even if we manage to get to a stage where such practices make training, performance and capture of live experiences safe once more, the biggest challenge of all arguably lies at the consumption end of that equation.

Traditional forms of sports and entertainment consumption (i.e. large physical gatherings) are effectively hotbeds of contagion that are exceedingly difficult to control, and until a vaccine or effective treatment for COVID-19 is developed, the risk trade-offs are very high indeed. So what do the alternatives look like?

Sports technology investment had been significantly ramping up over the years, already exceeding $1 billion in 2018 as leagues and brands looked for more personal and engaging ways to interact with their supporters. English Football Premiere League teams, for example, partnered with Intel to allow supporters to experience highlights from matches from a first-person perspective through VR. “This technology has the potential to add a new dynamic to how people interact with the game and create different conversations with our fans around the world,” explained Liverpool FC Managing Director Billy Hogan.

This applies not only to sports, but all manner of entertainment experiences. In a normal year, over 60 million concert tickets would be sold in the USA alone, and platforms such as CEEK VR used emerging technologies to extend the reach of sold-out shows through its Virtual Reality Venues. It works with artists such as Lady Gaga, Elton John, Sting and has a partner ecosystem that includes Universal Music, T-Mobile and Apple, using cryptocurrency tokens to sell tickets to live VR events and virtual merchandise.

Linden Lab CEO Ebbe Altberg argued that the live events market is a $100B opportunity, and that virtual events enabled fans to stay engaged and connected at a deeper level: “Social VR is in a prime position to capitalize on it by enabling immersive events with unlimited geography, infinite attendance, and limitless self expression for fans,” he explained.

Although Linden Lab’s Sansar platform has since been acquired, it did prove there was appetite for paid virtual live events, hosting partnerships with comedy festivals such as SF Sketchfest, and YouTube personality Steve Hofstetter to launch Comedy Gladiators, which sold hundreds of tickets and drew attendees from more than 70 cities worldwide.

A more recent post-pandemic example that shows how this works in practice are virtual K-pop concerts, which have used tech such as Augmented Reality to connect fans with the bands they love during a time when holding traditional live events is no longer a safe or practical option.

“Despite ongoing struggles of the entertainment industry due to the coronavirus outbreak, cooperation between Korean entertainment companies and ICT companies will bring us a new and global business model,” Moon Hyung-nam, business professor at Sookmyung Women’s University told Korean JoongAng Daily in a recent interview.

Museums have also embraced this trend, so much so that HTC recently announced that it would be shifting its focus to market headsets such as the Vive Cosmos Play to such institutions. Even prior to the pandemic, we had seen powerful case studies emerging of virtual collections being used to extend the reach of museums such as The Smithsonian, and Sansar also hosted several hit virtual exhibitions such as “Art of Star Wars”  and No Spectators: The Art of Burning Man.

In order for all these elements to come together and produce experiences that don’t feel like a compromise to fans, emerging technology companies will need to build effective partnerships with sports leagues, production companies, venues and telecommunications networks with a content-led approach that effectively brings together the best of the physical and virtual worlds.

“It is not about replacing the out of home experience in-home, but creating a way to experience at this time that then becomes an extension of Out Of Home (OOH),” says Amirsadeghi. “When we return to the stadium, we will want to use immersive tech for stats and other cool AR relevant content, and to be able to have content render in the cloud, we need 5G at locations. Working with utility companies to increase at home bandwidth I could see XR studio production companies partnering with sports to fuse these two worlds,” she concludes.