Cloud gaming: From 4G to 5G 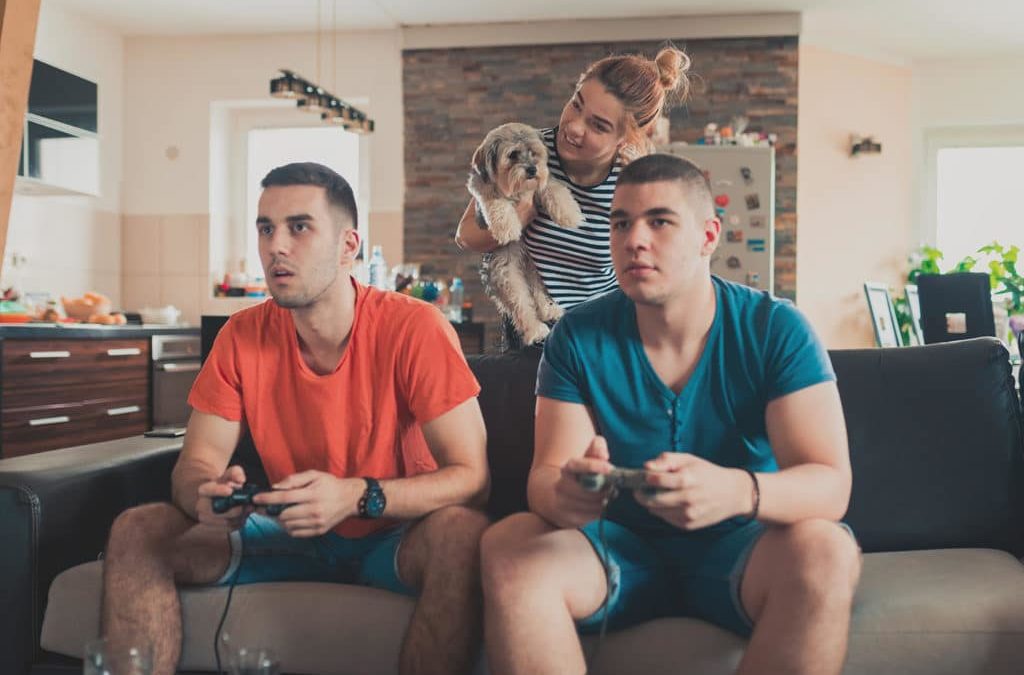 Set to launch in November 2019, Google Stadia enters the booming cloud gaming industry against industry veterans like Microsoft and Sony. Expensive consoles are replaced by data centers. Huge catalogs of 4K resolution games will be streamed to mobile devices through paid subscription packages. Gaming is going mainstream and Microsoft, Sony and Google are all competing to become the Netflix of gaming.

Cloud-based gaming relies on high-speed wireless Internet connections like 5G networks and edge cloud technology which places computing resources on the edge of the network. What remains unclear is how Google Stadia and Microsoft xCloud will operate in 4G network environments when compared to established cloud gaming platforms like Playstation Now, which launched in 2014 in North America.

So with that in mind, let’s look at some of the issues cloud gaming must address before we move to 5G networks:

Game streaming services require a tremendous amount of bandwidth to ensure high-resolution gameplay with low latency.  PlayStation Now recommends a minimum broadband speed of 5Mbps. Microsoft is also hoping to get bandwidth requirements for xCloud down to 5Mbps, but has still yet to announce the minimum requirements.

Google Stadia will support a range of resolutions and internet speeds. The recommended minimum is 10 Mbps to stream games in 720p resolution with stereo sound. For comparison, streaming YouTube videos in 720p requires 2.5 Mbps and Microsoft suggests a minimum of just 3 Mbps to play traditional online games. That tells us that game streaming on Stadia requires four times the bandwidth than a 720p video streaming from YouTube.

The best connection is at 35 Mbps for 4K resolution and 5.1 surround sound. To get up to 1080p resolution, you’ll need at least a 20 Mbps. Google has created a test page to test your connection speed to see what type of resolution you can expect in Stadia.

Globally, as of Aug 2019 the average broadband connection speed was 66 Mbps and 120 Mbps in the US. The move to 5G should theoretically provide average download speeds around 1Gbps or 1000 Mbps. TIM (Telecom Italia) in collaboration with Nokia, recently set a new European data transmission record with a 550Gbps.

New game streaming services like Stadia and xCloud will challenge data caps for mobile gaming and put pressure on ISPs to drop them altogether. Many ISPs in the U.S. such as Comcast’s XFINITY and AT&T have data caps at 1TB. With Stadia, gamers can reach 1TB of data in a matter of hours.

For example, if you just used your home internet to stream 4K games on Stadia at 35 Mbps, you’ll consume 15.75 GBs per hour. That gives you about 63.5 hours to reach 1TB in data. In other words, you can average about two hours of gameplay a day and be just under a 1TB cap.

That assumes you just use the Internet to only play Stadia on just one device. When you factor that on average, US cable internet customers use 268.7GB of data already per month, it becomes increasingly clear that game streaming and data caps cannot coexist.

Considering the cost of deploying and maintaining 5G mobile networks – combined with the scarcity of the wireless spectrum – many ISPs will likely adopt hybrid plans for mobile and fixed 5G deployment with and without data caps.

To compete in the new 5G marketplace and migrate existing customers to 5G, some ISPs are offering 5G data plans with unlimited data and no speed caps. South Korea’s second-largest mobile carrier KT launched KT 5G Super Plans that offer unlimited data on 5G with no speed caps. For VR, AR and cloud gaming to flourish, ISPs may have little choice but to offer gamers 5G data plans with no data caps.

The raw throughput is one of many factors that can impact the responsiveness of game streaming. Sony recommends that PlayStation Now subscribers use a wired connection and “limiting the use of other network-connected devices to get the best experience”.

Once Stadia goes live, Google said it will provide gamers with insight on how to optimize their home Wifi network. For many, that means upgrading their home router to get faster wireless speeds.

It would be no surprise that Google will likely recommend Stadia subscribers upgrade to Google’s own Wifi mesh network hardware. Despite having all the high-end processing occurring at data centers, Google must ensure that users wireless network are optimized for game streaming. Controlling the wireless networks with Google Wifi is a sure bet for Google to ensure even slower broadband connections can support Stadia.

Latency and the last mile

Google, Microsoft, and Sony are all building a global network of data centers for their respective game streaming services. However, the final leg of telecommunication networks – commonly known as the last mile – poses the biggest bottleneck for streaming games.

Old copper wires in home and buildings add latency to streaming games beyond the control of streaming providers. These wires were originally designed for voice telephony and weren’t built to handle streaming video games. Transfer speeds significantly slow down as packets of streaming game data transition from fiber optic cables to copper to coaxial cables.

5G can mitigate last-mile connectivity issues through FWA delivery with local 5G base stations that utilize new MIMO antenna technologies to maintain fast data rates and consistent performance to residential buildings. This will especially be noticed by gamers in remote locations that don’t have FTTH options. Not only will 5G through FWA eliminate last-mile roadblocks, it reduces the broadband disparity between gamers in rural and urban areas.

With its existing experience and expertise in cloud infrastructure, Microsoft, Sony, and Google are reimagining how we’ll play games. Until the launch of Stadia and xCloud, we can only speculate how these new game streaming services will operate within our current 4G networks. By virtue of streaming games in 4K resolution, what is certain is that ISPs will be forced to reconsider data caps when 1TB could be used up in mere hours.

Game streaming services will certainly flourish in 5G networks and change the way we game casually and professionally. As gaming moves to the cloud, 5G will usher in a new era of gaming services, experiences, and platforms that were impossible with 4G. While 5G is set to change virtually every industry, cloud gaming may be one of the first to reimagine the possibilities gigabit download speeds can offer.