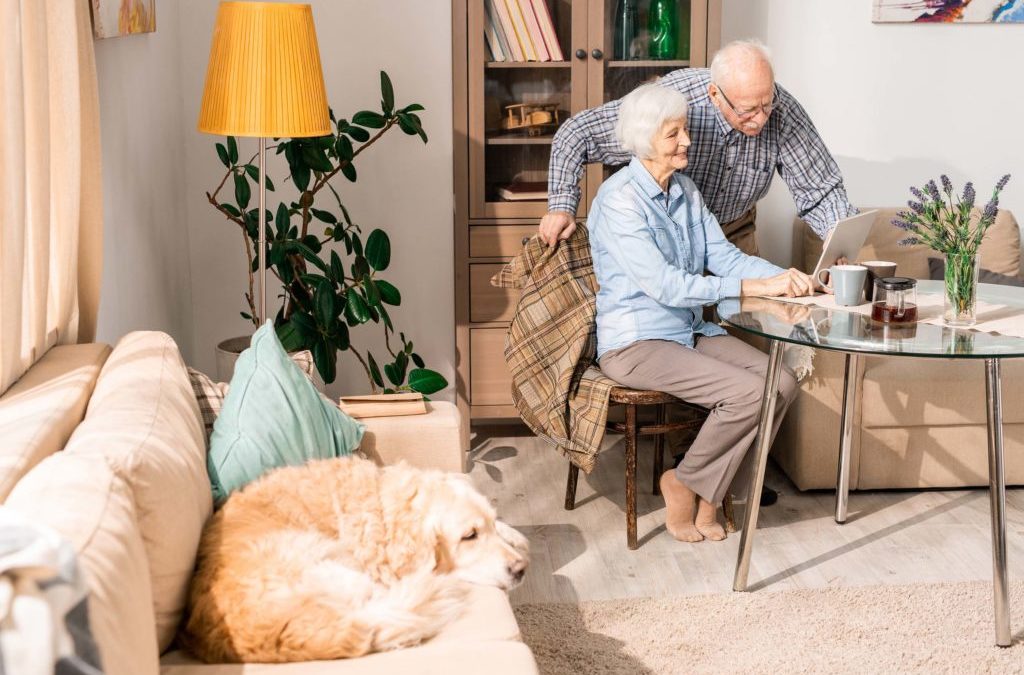 If you happened to be at the Consumer Electronics Show in Las Vegas last week, you’re likely on your couch nursing the inescapable “CES flu.” If not, thank goodness.

With more than 4,500 companies exhibiting there this year, there’s so much to distill that it’s likely going to take us until next year’s show to do it. And as the major announcements – such as the latest in rotating, 8K and rollable TVs, 5G advancements, Avatar-inspired Mercedes concept cars, bendable laptops and more – flood our feeds, we thought we’d take a look at some of this year’s CES tech that you might not have heard about, but that are opening up new markets and possibilities for the world to explore.

Technology has been seeping its way into the cosmetics and skincare market for some time now, with tech like AI and AR helping us shop and buy in more ways than ever. But in an industry that relies heavily on delivering such a high level of personalization, it makes sense that L’Oreal would develop a solution like Perso, a makeup and skincare mixing device that allows you to create custom foundation, lipstick and moisturizer.

Driven by a companion app that you use to scan your face, Perso uses artificial intelligence, augmented reality, and environmental data (like weather, pollution and UV index) based on your location, to mix a personalized product for you. From three NFC-enabled cartridges inside, Perso dispenses a single portion of your custom mixture, color-matched to your skin tone, to the top of the device. For lipstick, the app allows you to select and adjust from a range of popular colors or color match from an image. L’Oreal says Perso will hit the market in 2021.

Robot companion pets have been showing more of a presence at CES in recent years (Sony’s Aibo from 2018 is perhaps one of the most memorable), and while they’re cute, it wasn’t until this year that, on a personal note, I really understood how there could be a need for them.

Similar to Jennie creator Tom Stevens’ story, my father suffers from dementia, and we recently had to find a foster home for his cat, who he can no longer care for.

Developed in collaboration with Tombot and the Jim Henson company, Jennie is an adorable, furry animatronic lap pup, designed to bring comfort and companionship to those suffering from Alzheimers, dementia and other cognitive ailments. Under the hood, roughly 50 sensors, motors and microphones allow Jennie to feel and react to touch and voice commands. She’ll move her head, wag her tail and even bark and speak on command for roughly $450 USD.

We all feel the urgent need to take better care of Mother Earth. And while it’s only a piece of the puzzle, tech has a huge role to play, with sustainability technology a key part.

Enter the Hydraloop water recycler, a fridge-sized system that connects to your home’s plumbing to filter and purify outgoing grey wastewater from showers, baths and washing machines. In a process similar to large-scale water treatment facilities, once the water is treated it is then purified by means such as UV light and an aerobic bioreactor before being re-used in toilets, pools, laundry machines and garden hoses.

For $4,000 USD, the company says that up to 85 percent of in-home water can be recycled and up to 20,000 gallons of water in a 4-person household each year. This may seem steep, but over time the cost savings should recoup the initial investment – and help reduce water waste.

What happened to the joy of cooking? With studies and reports released over the past few years showing a steep decline in people’s desire to stay at home and cook for themselves, technology, as per usual, is taking a stab at improving those numbers.

Consisting of a main unit, a handful of accessories (steamer tray, whisker, spatula and simmer tray), and the brains of the operation, an eight-inch, Android-powered Smart Kitchen Hub, Julia guides you through recipes step-by-step and has Alexa built-in for voice command control. Now you can have your very own Julia Childs to cook alongside you. Bon appetit!

We’ve all heard that sage heavy-lifting advice, “Lift with the legs.” But for those working in industries where heavy materials are involved, the future is looking more like “just use the exoskeleton.”

The Sarcos Guardian XO is a full-bodied exo-suit that is designed to help workers lift and move heavy objects, up to 200-lbs according to the company, with ease. It was reported at CES that Delta Airlines has partnered with Sarcos to test its suit this month, aiding workers with the lifting and moving of everything from luggage, massive airline tires, propellers and more.

Like something out of Avatar, Guardian XO is a battery-powered suit that can operate for up to eight hours, requires little training, and allows the user to get in and out of it in around 30 seconds. Will it be more effective than moving items with cranes and levers? Maybe not, but how can anyone resist the opportunity to feel like Iron Man?