From futuristic to fact: Sci-fi gadgets and technology that became real 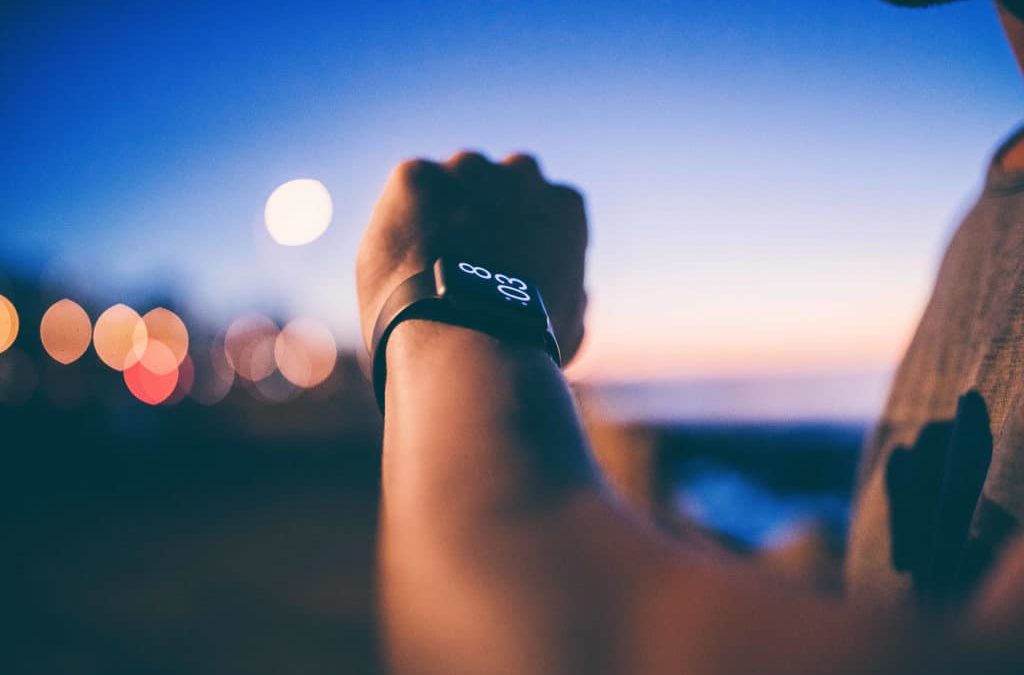 In the halcyon days of cartoons, the 1940s and 1950s, a popular trope was envisioning technology of the future. Tex Avery’s “House of Tomorrow,” shows the whole homestead popping out of a white box wrapped with a neat red ribbon; robots to handle tedious tasks; a console that looks like a television, into which kids can ask all their questions. Another cartoon, “TV of Tomorrow,” suggests fathers will join their families for dinner when the TV is built into the kitchen stove and oven.

In those two nearly 70-year-old cartoons alone, animators and writers predicted home assistants like Amazon’s Alexa — which a person can ask questions to a disembodied voice endlessly and get answers — and connected home appliances that allow users to keep track of what’s on their shopping lists.

So, what other starry-eyed predictions from the mid-20th century are real and tangible today?

Digital communication devices were a big item in the sci-fi world, from Star Trek and Dick Tracy to Inspector Gadget. The ability to relay messages with a press of a button, discreetly and without having to pick up the phone or go into a booth, is alluring.

In 1996, Nokia rolled out a prototype of not just a cell phone, but a communications device that would allow users to go online and browse the web. The Nokia 9000 Communicator is widely considered the first smartphone and came in a clamshell design to protect the full alphanumeric keyboard and screen.

Similarly, smartwatches first appeared in cartoons and comic strips long before they became one of the hottest selling products of the mid-2010s. In the 1980s, there were a few wrist computers, like the Seiko MessageWatch and a device from Nippon that would be called Wristomo, which gave wearers more than just the time of day. Wearable computers took a while to catch interest, including the Pebble watch in the early 2000s.

Leave it to Apple to unveil the devices that would set both markets on fire: The iPhone in 2007 and the Apple Watch in 2015.

By the end of 2016, the Apple Watch accounted for half of all smart watches purchased; a year later, Apple reported selling 8 million watches, which Fortune noted was “the most since the product was introduced and the highest number of shipments in a single quarter for any wearable vendor.”

Apple’s CFO, Luca Maestri, told the New York Times that more Apple Watches were sold in the product’s first nine weeks than the number of iPhones and iPads in their initial nine weeks on the market. Both products continue to lead the market, despite serious competition from other manufacturers. And the release of a new iPhone or Apple Watch typically has eager first-adopters lining up outside stores to buy and try.

In the early days of sci-fi books and pulp fiction, the idea of being present in a location away from your body via virtual means was a dazzling concept. A virtual nursery is mentioned in Ray Bradbury’s short story, The Veldt, and Frederik Pohl wrote about a person learning he’s a pawn inside a marketing simulation in The Tunnel Under the World.

An inventor and filmmaker in the 1950s by the name of Morton Heilig devised a contraption that would allow moviegoers to sit in a booth and get an immersive film experience, but his Sensorama never got off the ground.

In the late 1960s and early 1970s, when space was the place, we had the Holodeck on Star Trek, with men and women boldly going into the great depths of the universe and across star systems just by stepping onto a platform — no glasses needed.  The Holodeck essentially simulated what we know as virtual reality today, allowing the viewer to be transported into another location, interacting with any solid prop standing in the same space. It gave the person in the simulated environment the ability to try out interactions without the repercussions of actually, say, navigating through a hostile environment.

By the time The Matrix came along in the late 1990s, the idea of leaving your body to live in a world designed by computers and responsive to your every move was a common trope that inched toward reality.

The first commercially available VR offering came in 1991. Sega VR, a headset designed to be used with a specific set of video games. Now we’ve got Oculus Rift — purchased by Facebook for $2 billion in 2014 — and a handful of other methods for moving through a different world and exploring planets without leaving our living rooms.

Even Holodecks are inching closer to reality as VR and AR technology improves. Photonics Crystal, a company based in China, is hard at work developing life-like holograms into people’s living rooms (think Princess Leia in Star Wars) or to work with customers at restaurants and hotels as a greeter. Holobot is the company’s prototype hologram assistant that would be capable of answering questions, giving directions and more, integrating both digital assistant technology and projected images.

Another company, RNDR, wants to make the Holodeck itself a real thing consumers could purchase or utilize, partnering with Light Field Lab to create the first holographic content display system. These are both still in development, but given how quickly technology is advancing, they might not be lightyears away.

Anyone who’s driven long distances has daydreamed about putting the vehicle on autopilot and taking a nap. For nearly as long as there’s been a love affair with the automobile, there’s been wonder at the possibility of a self-driving car, including a 1964 piece by Isaac Asimov, who predicted such driver-less road runners would be available by 2014. In the same piece, Asimov also forecast the presence and availability of video calling, helper robots, flatscreen TVs and 3D capabilities.

For most people, the first “smart” car was KITT, or Knight Industries Two Thousand, the slick black Pontiac Trans Am that could drive itself while also giving David Hasselhoff the occasional hard time on Knight Rider. KITT had everything: style, speed, personality, self-awareness and all those weapons that could be launched with just a voice command.

This concept has fascinated drivers, designers and moviemakers alike, with self-driving cars making appearances in movies like Total Recall (1990) and I, Robot (2004) to name a few. It’s not just giving drivers a break; the idea is that they’d be safer than human-operated vehicles by relying on greater intelligence and more sensitive and faster reflexes that would avoid accidents while being capable of finding faster routes to our destinations.

This technology is in its infancy, but it’s making progress, even if these vehicles don’t have the same self-awareness that made KITT such a fun car to watch. Nevada passed a law in 2013 allowing self-driving cars on the state’s highways. Elon Musk pledges that owners of Tesla’s self-driving cars won’t have to pay attention to the road by sometime in 2020 and he’s working on a model of a driverless taxi. But he might want to pump the brakes a bit. All but one of the self-driving car crashes since 2012 has been in the United States (the other was in China); all involved a human fatality.

Here are some other sci-fi tech turned real (or as close to real as possible):