How 5G will encourage people to do more online 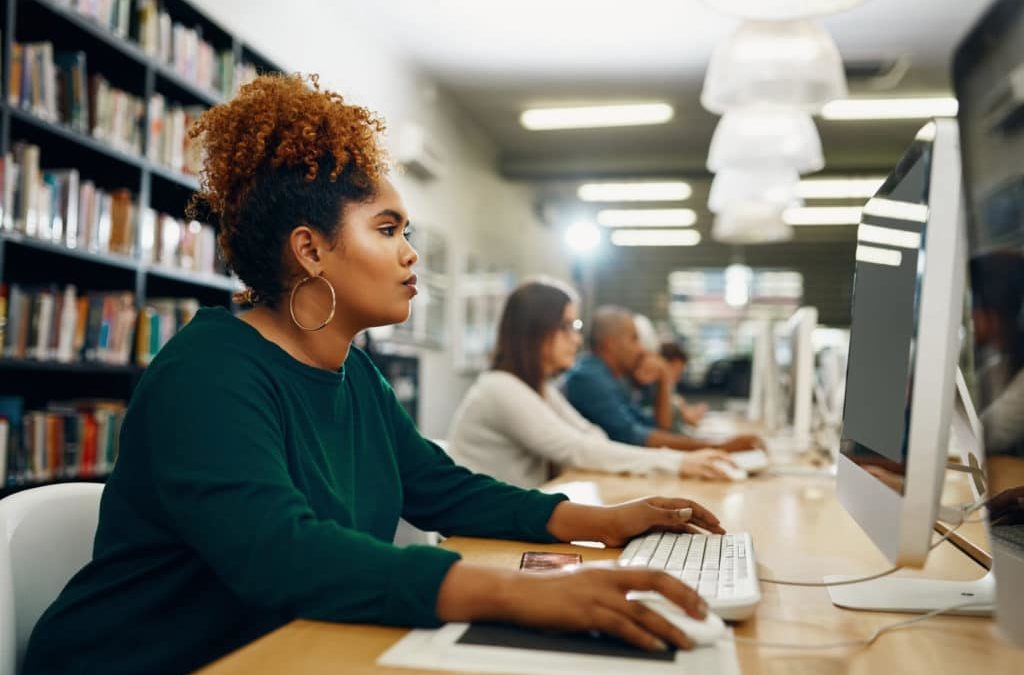 Heavily connected individuals already seem to have their heads buried in their phones 24/7, so it’s tough to imagine how they might become even more connected, nor if that would even be a good thing. But the benefit of 5G is not necessarily that it will drive people to be online more often, but rather that it will let them do more online. This could, in fact, mean we spend less time on devices thanks to this increased efficiency and ubiquity.

5G, as we know, promises incredible speeds, up to 100 times faster than 4G. Low latency and high capacity will allow data to flow more quickly, and more devices can be seamlessly connected at the same time, using more data.

While the potential for businesses is tremendous, including automating repetitive and mundane tasks, creating greater efficiencies and communication, there are benefits of 5G on a personal level as well.

Cisco estimates that, by 2030, more than 500 million Internet of Things (IoT) devices will be connected to the Internet. Currently, according to the Pew Research Centre, 95 percent of Americans own a cell phone and 77 percent a smartphone.

A study conducted by Mobidia already found evidence that faster speeds mean people will do more: data usage by 10,000 Android LTE users in the U.S., South Korea, and Japan was higher with 4G/LTE than 3G. In Korea, subjects consumed 2.2GB per month on average when using 4G networks versus 1GB on 3G, while in the U.S., it was 1.3GB versus 956MB. The study concluded that when more data is available, it leads to increased usage. And Cisco confirms that by 2021, a 5G connection will generate 4.7 times more traffic than the average 4G connection.

While 5G in and of itself won’t be able to totally bridge the digital divide, there are ways it can help. According to the FCC, 24 million Americans do not have access to fixed residential high-speed Internet. 5G can help those who are smartphone-dependent for Internet access tap into more services online, helping eliminate disadvantages that exist today. That can include access to educational resources for students, like eBooks and online materials, and the ability for citizens to more efficiently engage with government services and medical providers.

5G has great potential for developing nations as well in a number of ways, with economists estimating the global impact of 5G in new goods and services to reach $12 trillion by 2035. Smart transportation that helps reduce the number of road fatalities (WHO reports that an overwhelming 90 percent of the world’s road fatalities occur in low- and middle-income countries) and smart agriculture to optimize crop growth and use targeted applications that can help countries use less water and fertilizer are just two examples.

In healthcare, countries that aren’t equipped with specialists in certain fields can do surgeries with the assistance of surgeons in developed countries. And students can partake in immersive learning experiences using augmented reality (AR) and virtual reality (VR) technologies that provide a classroom-like experience, even without being in the same room as the teacher.

Allowing for enhanced services and innovation

While 4G provides a fast connection for accessing bandwidth-hungry apps, 5G will make it even easier for people to do things like watch 4K videos from their mobile devices and utilize emerging technology like AR apps and VR for gaming, education, and more. The compelling experiences that both technologies promise to provide will allow people to enjoy intensely immersive experiences.

There’s a great opportunity to better connect smart home devices as well, which can help people keep on top of issues at home, like security cameras, thermostats, leak sensors, and more. While such devices require an upfront cost, the ability to save money in the long run through smart thermostats that adjust intelligently, and sensors that help you pinpoint a problem before it causes major damage, is worth the price of entry.

While technologies like self-driving cars are still far from being mainstream, they are coming. And 5G sensors on the road will assist in safety and efficiency, which will, in turn, allow people to drive less and connect more. Whether it’s responding to e-mails while en route to the office or consuming entertainment from mobile devices on public transit, it will all be possible when you don’t have to keep your hands on the wheel.

The European Patent Office notes that it has received a 54 percent increase in patent applications relating to “smart connected objects” over the last three years, suggesting that there may even be other unknown inventions to come that will help us further leverage the power of 5G.

While the impact of the technology is often discussed from the perspective of businesses, there are tangible benefits for the average person as well that lead to us spending not necessarily more time with our mobile devices but using them more efficiently to accomplish more things.
It might be through better digital access in rural areas, better accessibility for marginalized groups, and/or more free public Wi-Fi in places like hospitals, bus stops, libraries, and schools. Regardless of the specific application, 5G has the potential to encourage us to do more online than ever before.