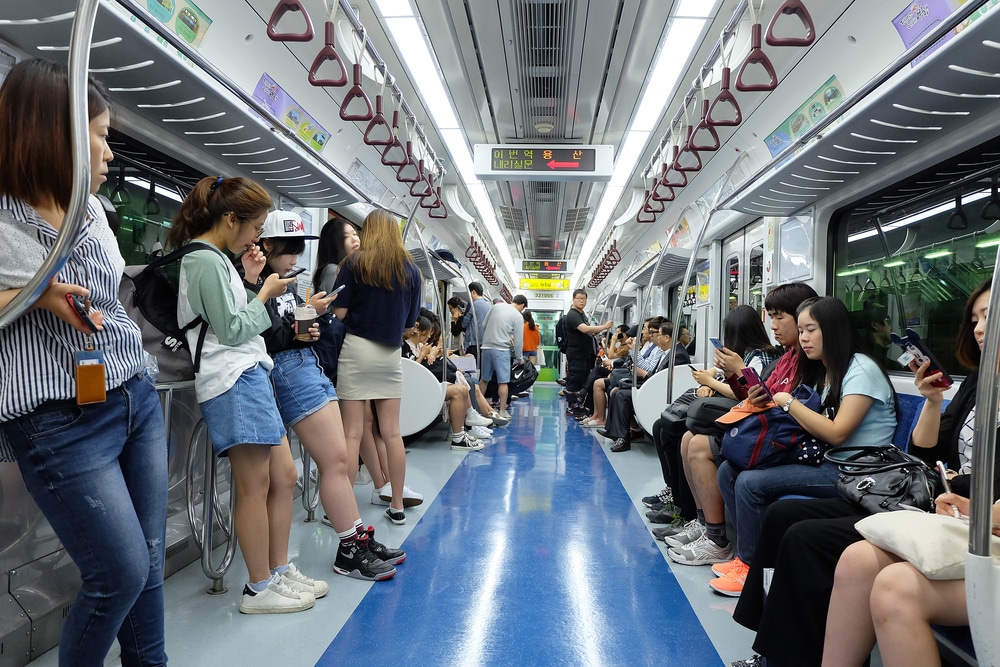 5G, like any six-month-old, is due for a milestone checkup.

It’s been six months since South Korea’s three major wireless operators switched on large scale 5G across the country, launching the world’s first widespread deployment of 5G. As this new network turns half a year old there, it’s a good time to assess how well this newborn technology is doing in South Korea – and what future 5G markets can learn from the experience there so far.

“5G promises (and delivers) much faster speeds. The 5G speeds we found in South Korea were much faster than the LTE speeds we recorded in the US and UK,” IHS Markit analysts declared in a report on the first five months of 5G in the Asian nation. (5G is still being trialed on a very limited basis in countries other than South Korea.)

In their own study, Opensignal testers recorded an average 5G download speed of 111.8 Mbps on 5G smartphones in South Korea, 48 percent faster than on comparable 4G smartphones.

In terms of latency (the time it takes for a connected app, website or device to fulfill a user’s request), IHS confirms all three major mobile operators in South Korea are delivering lower latency on 5G compared to previous generations.

South Koreans are flocking to 5G. The service amassed 1.9 million subscribers after three months and surpassed the three million mark after five months. The country’s largest wireless carrier, SK Telecom, says the growth rate of its 5G subscriber base has been two times faster than the initial uptake of 4G after it was introduced.

The widespread adoption of 5G has also resulted in increasingly high data usage. In September, 5G data usage reached a record-high 87,928 terabytes (TB). Between the 3.46 million users on 5G, this averages out to nearly 26 gigabytes (GB) per user.

Let us pause from listing the apparent triumphs of 5G’s first six months to point out something important: it’s only been six months! The usual kinks and glitches are still being worked out. Here are some things to watch for (and learn from) as 5G gets ready to debut beyond South Korea:

During its initial rollout phase, the first 5G service defaults to 4G, even in an area where 5G is available since most of these 5G networks are built on top of 4G LTE. When 5G tasks like HD gaming, AR or VR are initiated, they require upswitching. This slows speeds at the beginning of such tasks, and can also affect battery life. Upswitching is happening in South Korea and it will happen in all future 5G regions until standalone 5G networks are running.

Although SK Telecom teamed up with South Korea’s three biggest broadcasters to launch a new 5G HD TV streaming service called Wavve, reviews so far have been less than ideal. Aside from complaints about buffering and slow video downloads, the top criticism is a lack of content, especially compared to global juggernaut Netflix. In the case of 5G HD TV, “build it and they will come” just doesn’t cut it without good, plentiful content.

There are many things unique to South Korea’s 5G rollout that no one should expect 5G to play out the same way in other global markets.

Firstly, although 3.5 GHz spectrum is being used across South Korea, mmWave spectrum will likely dominate the initial 5G rollout in the US and UK. Since mmWave can’t travel as far or penetrate buildings as well as 3.5 GHz, it will require “a lot of (mmWave) towers to be able to blanket a lot of U.S. cities,” says Suzanth Subramaniyan, senior solutions manager at IHS Markit, in an interview with Futurithmic.

His IHS colleague Kevin Hasley, who traveled to South Korea to conduct 5G performance tests, predicts that the appearance and placement of mmWave antennas (on heritage buildings in the UK, for example) “is going to get a lot of pushback.”

An even bigger difference in South Korea is the level of 5G support from the government. Lawmakers forced the country’s three leading wireless operators to share fiber networks (something they never did with 3G or 4G) for 5G infrastructure. Why? To hasten the 5G deployment and cut costs so savings could be passed onto consumers.

President Moon Jae-in has also promised more than $26 billion USD for 5G over the next four years, targeting 10 core industries and five core services. In addition, South Korea is cutting taxes on network construction by one to three percent to spur 5G infrastructure build-outs.

Hasley, executive director at IHS Markit, notes that from a policy and infrastructure standpoint, Korea is “vastly different” from the US, where the government will mostly play a regulatory role and allow market forces to shape the 5G landscape in a more hands-off way.

Although Hasley says the U.S. government’s approach to 5G will be like “apples and oranges” compared with Seoul’s, he firmly believes one thing will ring consistently in all regions of the world as 5G takes root: the technology itself is capable of delivering exceptional performance.

“5G gives the speed,” he says. “5G is a reality. It’s a technology we can rely on going forward. It’s providing lower latency and higher reliability.”

And while South Korea’s 5G rollout is the first, China’s just became the largest. On October 31, China’s three state-owned wireless carriers launched 5G phone service in 50 cities including Beijing and Shanghai. With user numbers expected to top 170 million by next year, China’s 5G adoption base will quickly dwarf South Korea’s.

China’s new 5G launch will also, of course, provide yet more user experiences for the rest of the world to learn from.