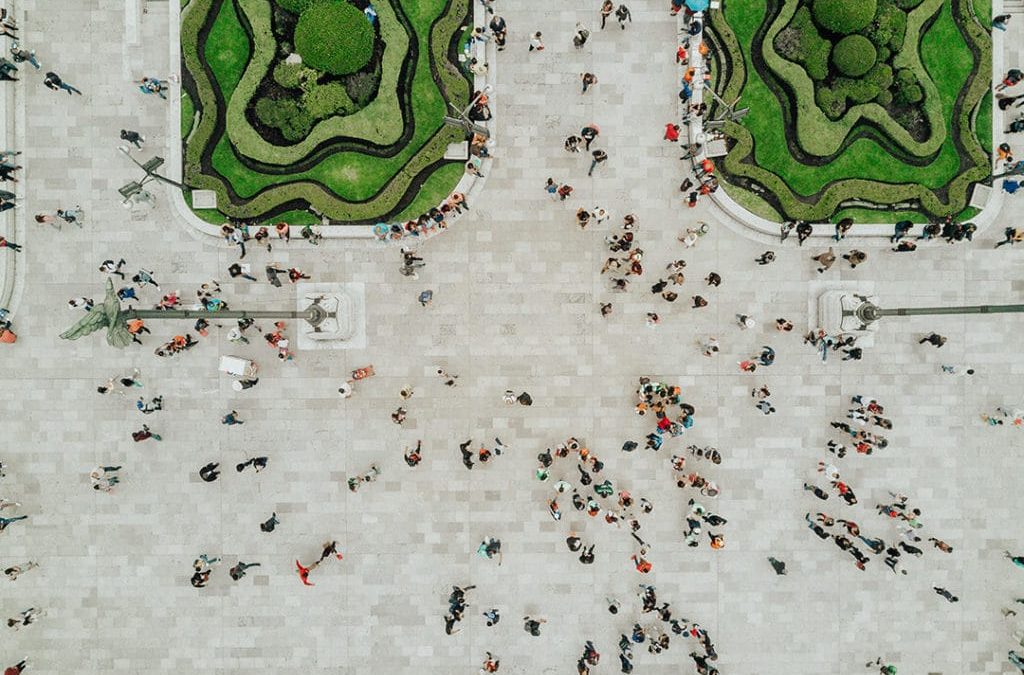 It is estimated that over 6 billion people will live in cities by 2046, with the vast majority of this urban growth in emerging economies. The steady rise in the world’s urban population has swelled from 746 million in 1950 to an astounding 4 billion today. Forecasts indicate that the demand for energy will spike as an additional three billion people join the global middle class.

The good news is that the rising demand for energy will be offset by accelerating advances in technological innovation. Much as the Internet has transformed communication and commerce, network technologies are transforming the production and consumption of energy. Beyond the command-and-control systems of the industrial era, smart cities and distributed energy resources could drive a clean energy revolution.

The transition to clean energy

Urbanization is placing a huge strain on the world’s natural resources. About 70 percent of carbon dioxide is emitted from cities, with just 100 cities accounting for nearly 20 percent of humanity’s carbon footprint.

Forecasts on climate change paint a grim picture. Hundreds of millions of urban residents are now increasingly vulnerable to floods, landslides, hurricanes and other natural disasters. Given the risks of extreme weather, many governments are turning to distributed energy resources (DER) including photovoltaic panels, fuel cells, wind turbines and pumped hydroelectric power with the purpose of eliminating the use of fossil fuels.

While renewable energy produced only 18.5 percent of the world’s total electricity ten years ago, a surge of investments in wind and solar capacity has moved that total closer to 25 percent today. Solar power has grown from 1.2 gigawatts (GW) in 2008 to an estimated 64.2 GW of total installed capacity today. At the same time, investments in renewables have expanded from $47 billion in 2004 to $286 billion in 2015. That’s an increase of more than 600 percent. Renewables expanding across the electricity sector, supplying nearly 30 percent of energy demand by 2023.

In response to accelerating urbanization, the design and development of smart cities is critical to advancing the production of DER. From green roofs and automated recycling systems to smart water sensors and vertical farming, smart cities are the future of sustainable urban design. Pairing smart technologies with complementary policies and investments in hard infrastructure could mean significant long-term transformation.

Smart cities will also provide a foundation for comprehensive clean energy planning. One feature of this planning is the development of smart grids and network-driven sensor systems. Smart grids are envisioned as the future of electrical energy management because they provide a two-way energy and communication infrastructure. Where traditional electricity grids simply rely on passive consumption and analog demand projections, smart grids provide users with bi-directional energy production and consumption.

Smart grids as an “energy Internet”

Like the Internet, smart grids consist of intelligent electrical networks that manage the flows of energy and information between users. This includes information about suppliers and consumers with the purpose of continually improving energy efficiency and supply over time. The use of smart grids to manage DER means that consumers and producers alike can collaborate across platforms in developing a two-way energy network.

Where the electrical utility industry formed a monopoly in the past, there is no such justification within the era of distributed energy. The increasing role of DER in the production, consumption and storage of energy will mean a fundamental shift in the energy paradigm. While the move from centralized energy generation around fossil fuels to DER will be a shift in the social and institutional systems that manage urban energy generation.

As economic theorist Jeremy Rifkin has suggested, the convergence of renewables with network technologies is enabling a new kind of “energy Internet”. In practice, this means that smart cities will be configured around the peer-to-peer dynamics that facilitate multi-scale collaboration.

Linking consumers and producers into a single smart energy network will provide enormous opportunities for managing smart cities. The connectivity and monitoring of everything from wind farms to fuel cells and green roofs mean that energy becomes a user-driven ecosystem.

Decentralized energy systems will mean a very different energy infrastructure. The distributed nature of clean energy suggests that collaboration will be essential to the future of smart cities and climate change policy. Fortunately, smart grids and the host of new technologies that build on clean energy management will enable a rising urban population to thrive while reducing its collective carbon footprint.