Our smartphones are a tool for democracy 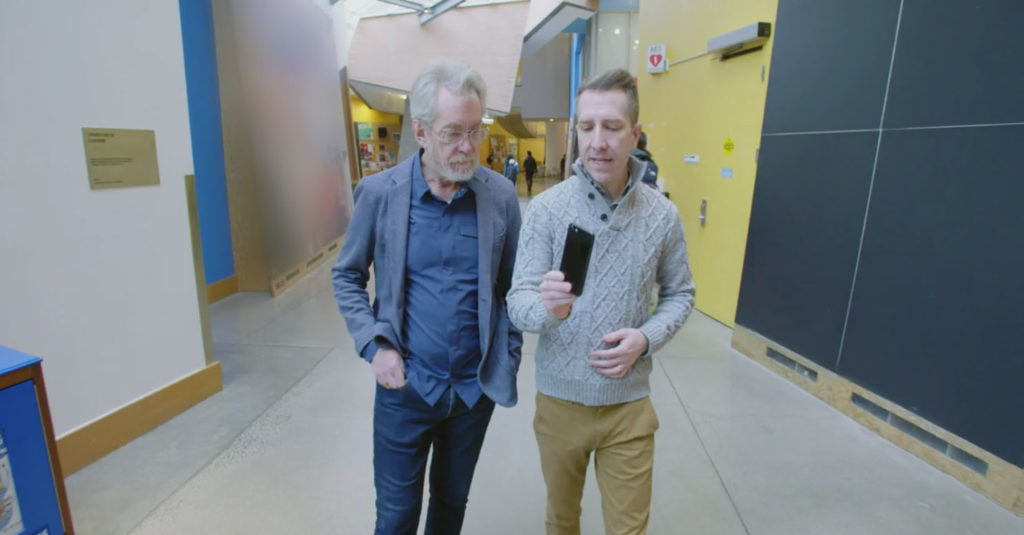 Put 10 smartphone owners in a room and only 1 of them wouldn’t have their device on them. It’s that reason companies and governments see our devices as a gold mine of information they can use to manipulate opinions, voting intentions and buying habits.

MIT professor Alex “Sandy” Pentland doesn’t want to strip-mine your Facebook account. Nor does the man who predicted the Cambridge Analytica Facebook scandal seven years before it happened give a whit how many carats of text message gold you send, what the inappropriate photos you took during a night out on the town about you, or how often you play Candy Crush every time you put down your pickaxe at work.

Pentland has been described as one of the most powerful data miners on the planet, and what he does care about is what your smartphone can tell him about you and your neighbours. Because he wants to help. Help keep you healthy, employed, and free of government control.

“Very recently you could have entire chunks of the world starving to death and nobody would know about it,” Pentland points out, adding, “That’s crazy. [Now] we have the ability to see those sorts of things as they begin to happen.”

What your phone says about you

If our eyes are the windows to our soul, our smartphones are the glowing portals into our lives. Aside from the three-figure replacement cost, it’s why we have a mini heart-attack whenever we misplace our devices and why we are loath to turn them over to a stranger. But that’s essentially what 2.8 million residents of Saudi Arabia’s biggest city did.

Pentland says, “the stuff that’s really important is… where you went, what is your daily habit, who did you interact with?” He points out that social media is all image, with little basis in reality. It’s what we want the world to see of us, not as we truly are.

So if you think the value of your personal information is that it’s personal, you’d be wrong. The location, duration and call destination metadata were anonymized from individual “resolution” to neighborhood resolution. Pentland only broadly knew where in Riyadh residents lived, worked and played, and with whom, in the city’s 148 districts. “The general approach is not to have data about individual cellphones, but to have data about cell towers,” Pentland told me.

Even that level of granularity wasn’t enough to make predictions about crime, economic growth, health or unemployment, so the Saudi Kingdom also gave Pentland access to the anonymized 4 million applications for jobless benefits, the latest census data, as well as the location of all those towers.

What he learned may not surprise you: the unemployed tend to use their smartphones mostly at home, and mostly at night when their working friends are available to chat. Residents who went straight home from work weren’t as successful as those who went out with friends and colleagues in the evenings.

And the biggest predictor for success? The diversity of contacts your phone. The more varied in ethnicity, education experience of the people you spend time with was the biggest indicator of success.

Making our data work for us

The smartphone is a canary in our economic coal mines. Pentland’s team was able to use the anonymized data about where everyone in Riyadh went and who they were in contact with to predict unemployment and give the government an early warning indicator about where social services needed to be deployed to contain and diminish joblessness.

In Episode 2 of Futurithmic, Pentland explains that a 100-year-old idea is new again: credit unions. While the 1909 concept pioneered by Alphonse Desjardins was focused on the power of groups to control their financial futures, Pentland believes “data unions” in the future will give the public power over government.

All without knowing a single thing about you, personally.