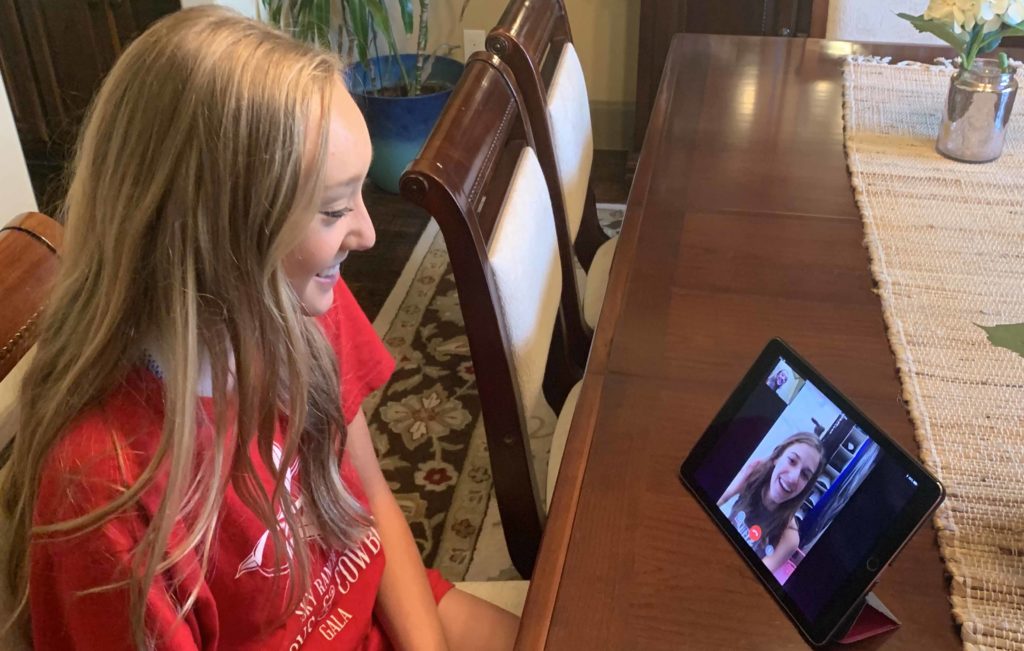 COVID-19 is on everyone’s minds. As more and more people self-quarantine, or are mandated to do so, many are figuring out how they will get their social interaction in a time where physical distancing is the new normal. Others, however, are looking forward to being able to fully immerse themselves into virtual worlds, and this is how they will remain social into the near future.

Generation Z in particular is more comfortable with physical isolation. They were a part of the first mobile-first generation, and they learned to swipe on a device before they learned to speak.

Connecting with friends through Facetime, or through Discord while playing their favorite games is second nature for them and quarantine will feel like an extended vacation to connect with friends and dive deeper into all forms of entertainment.

From my proprietary research (n400) I have found that Gen Z spends 2.5 hours a day with on-demand content, 1.5 hours a day gaming, and 52 minutes a day with music. In other words, Gen Z is built to socialize, entertain, and immerse themselves in virtual environments with friends every step of the way. There have even been calls for Nintendo to release the newest version of Animal Crossing early so fans have a way to stay entertained and connect with their friends through the game.

How the gaming industry is responding to increased demand

With more and more people being confined to their homes, Gen Z is ramping up their online socializing. The PC game delivery service Steam broke records recently with twenty million concurrent users on their platform. There is a direct correlation between the record being broken and more people staying at home gaming due to COVID-19.

Games like Counter-Strike Global Offensive, Dota 2, and Rainbow Six Siege were some of the top games played on PC. Console gaming is also experiencing increased usage with the number of Xbox Live players increasing in every category, as confirmed by Xbox’s Phil Spencer. And speaking of Microsoft, Microsoft’s Xbox Game Pass is another great service that gamers are enjoying during their time at home.

The service offers hundreds of game titles that can be played on the Xbox console or via PC. This provides gamers the ability to choose their path and dive into a lot of different types of games, such as the recently added Ori and the Will of the Wisps. Having flexibility and a large assortment of digitally available games reduces the need and dependency on going out to find physical game media.

Discord is a popular gaming chat app that is incredibly popular with the gaming community. It has replaced in-game chat for a lot of gamers as the go-to way to connect with friends as it’s highly portable. During the COVID-19 outbreak, Discord is increasing its current viewing limits for Go Live Streaming from 10 people to 50 people for the next few months to further allow the sharing of information and increased communication.

I recently spoke with 17-year old gamer Gavin Edwards. He is a world-class Rainbow Six Siege PC gamer and a streamer on Twitch. When asked about quarantine being isolating, he responded, “It’s actually the opposite. My friends are [located] all over the domestic United States. We schedule times to be online to game together. We connect throughout the day via Discord, and we are actually looking forward to having more time to game together.”

NVIDIA is also tapping into this segment to help fight the COVID-19 outbreak. NVIDIA recently rallied PC gamers to download the Folding@home application. This puts spare clock cycles towards advancing scientific knowledge of COVID-19. This effort links computers into a large network that distributes computing power and is yet another way that individual gamers can make a difference in support of COVID-19 research.

One of the reasons that 5G services will be key for future pandemics is to take the burden off of the growing strain of internet service providers that are scrambling to keep up with the increased gaming, streaming, and online usage. We are seeing record usage of 17.5TB per second for some ISP’s tied to gaming and large downloads for Call of Duty: Warzone.

With most major sporting leagues and live esports events postponed indefinitely, we may well see a surge in traffic for online-only tournaments. Recently, The Call of Duty League canceled all home events and transitioned to online-only formats. The youth-focused National Youth Gaming League will also explore an online-only format for its leagues.

While the NBA has postponed the rest of their regular-season games, we see NBA players like Luka Doncic of the Dallas Mavericks turning to gaming as a way to stay connected with fans and to simulate games they would have played in real life via NBA 2K on Twitch. Many are taking this as an opportunity to grow their streaming presence.

Beyond sporting events, other physical events such as Entertainment Software Associations E3 gaming conference canceled, the focus for game manufacturers and developers will be to showcase their games through online events.

Finally, even though some Gen Z gamers will miss milestone events such as prom, extracurricular trips, and for some even graduation, this doesn’t stop some very resourceful Japanese students from virtually celebrating their milestone occasion. A group of young Japanese students recreated a graduation ceremony within Minecraft. All of the students built a make-shift stage and took turns in the spotlight. This is yet another example of how resourceful gamers can be.

Gaming is a great way to offer an escape while having fun with friends in a time when everything in the physical world holds uncertainty for personal health, the economy, and day-to-day life. By connecting with friends through technology, focusing on presence through Facetime, entertainment through gaming, or simply consuming content via YouTube, Twitch, & Mixer, there is a growing group of individuals who are turning to gaming as a way forward in these uncertain times.