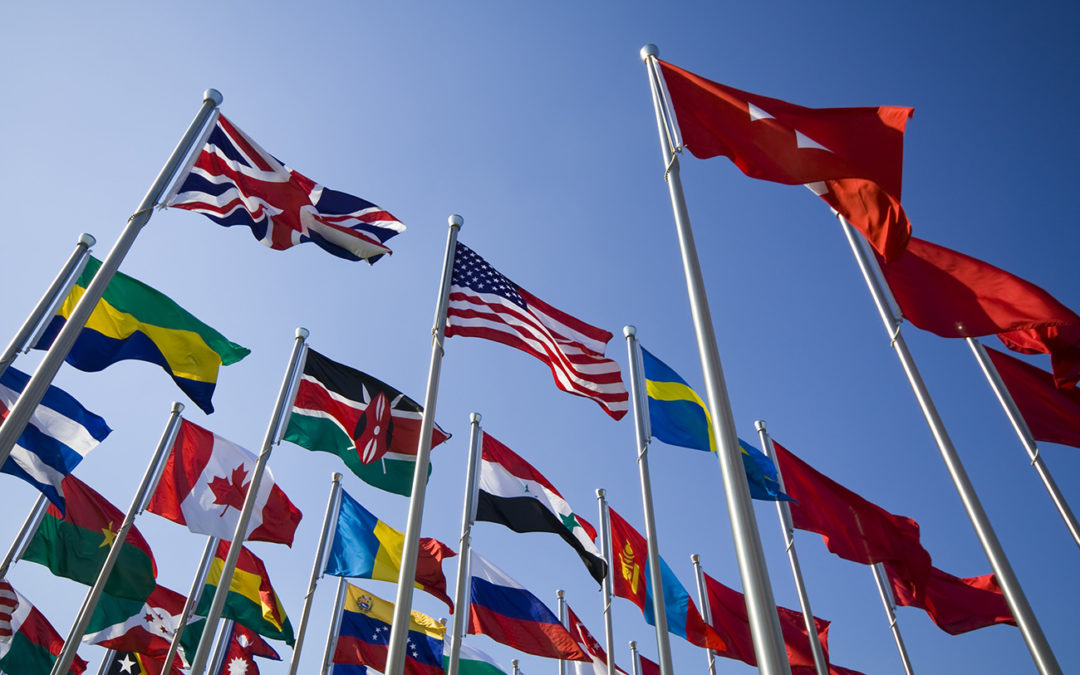 If you’re a fan of the HBO series Game of Thrones then you’re familiar with the character Missandei, the trusted advisor to Daenerys Targaryen. She could speak 19 languages, making her a valuable employee who could communicate with just about anyone in the fictional continent of Westeros.

In the real world, any business would be lucky to find someone with such a vast language database. But even finding staff who can speak and understand two or more languages fluently is a difficult task. Two-thirds of business executives surveyed for Forbes Insights’ Best in Class: How Enterprises Succeed with Language Learning Programs report said that fewer than half of their employees have proficiency in more than a single language.

When things get lost in translation, it can prevent a business from performing optimally on an international scale. In a survey conducted by Successful Meetings in 2018, almost half of the international business participants say that communications and language barriers are the most challenging aspect of doing business.

Short of including multilingualism as a prerequisite for every new hire, what can a company do to improve its performance on a global scale and shatter those language barriers? AI solutions can help with this common international business challenge.

Translation services in the palm of your hand

Zoi Meet AI-powered software can turn spoken text into subtitles on any screen or device. It uses automatic transcription in 12 languages and can display up to three languages at a time. Additionally, meeting transcripts can be archived into searchable text files and synced with recorded audio, then translated to multiple languages. Useful for conferences, in-person meetings, product presentations, conference calls and networking events, Zoi Meet is already working in beta with companies like BASF, HP, Singapore Airport Terminal and Asia Pacific Week.

On the service side, Unbabel promises to help businesses serve customers in any language using its AI-powered and “human-refined” solutions that translate customer e-mails, live chats, FAQs and self-service content. The solution is also fully GDPR-compliant to ensure that a customer’s personal information is automatically detected and redacted to alleviate privacy concerns.

Skyscanner, a global travel specialist, claims to have increased its CSAT (customer satisfaction) scores by more than 22 percent after implementing Unbabel. The company fielded 42 percent non-English requests that it says would have been impractical, expensive, and unscalable to support otherwise.

On a simpler level, Microsoft and Google have each developed a translation app that can translate text as well as speech, images and street signs. It can work both online and off using Amazon Fire, Android and iOS devices, and includes language packs for Arabic, Chinese-Simplified, French, German, Italian, Japanese, Korean, Portuguese, Russian, Spanish and Thai.

There are, of course, limitations. In a competition held in Korea using literary and non-literary pieces, almost all of the text that Google’s NMT (neural machine translation) had translated was considered “grammatically awkward.” While you could get the gist of what was said, it was not up to par with human translation. So AI will not spell the end of the human interpreter career path anytime soon.

But AI-based translation services are constantly improving. Many believe that AI will augment human professionals rather than replace them, at least for the near future.

Some pundits, like Ofer Shoshan, CEO of One Hour Translation, believe AI and NMT translators could improve enough within the next year or two to handle more than half of the translation work currently done by humans. Last year, only 10 percent of documents One Hour Translation translated by machines had to be fine-tuned by humans, compared to 80 percent just a few years ago.

“I would estimate,” Shoshan tells Forbes Magazine, “that 80 percent of the material that corporate customers pay to have translated on the market today will be machine translatable in the next one-to-three years.”

It’s exciting news for international businesses that have struggled with language barriers getting in the way of potential business partnerships and customer acquisition and servicing, or that have used expensive, awkward, or time-consuming methods in order to communicate effectively.

These companies are ready to declare thank you (or “merci,” “shukran,” “danke,” “grazie,” “arigato,” “gracias,” “spasibo,” “xie xie”) to AI translation services and their future potential for taking businesses global.