Telcos may have more competition soon thanks to eSims 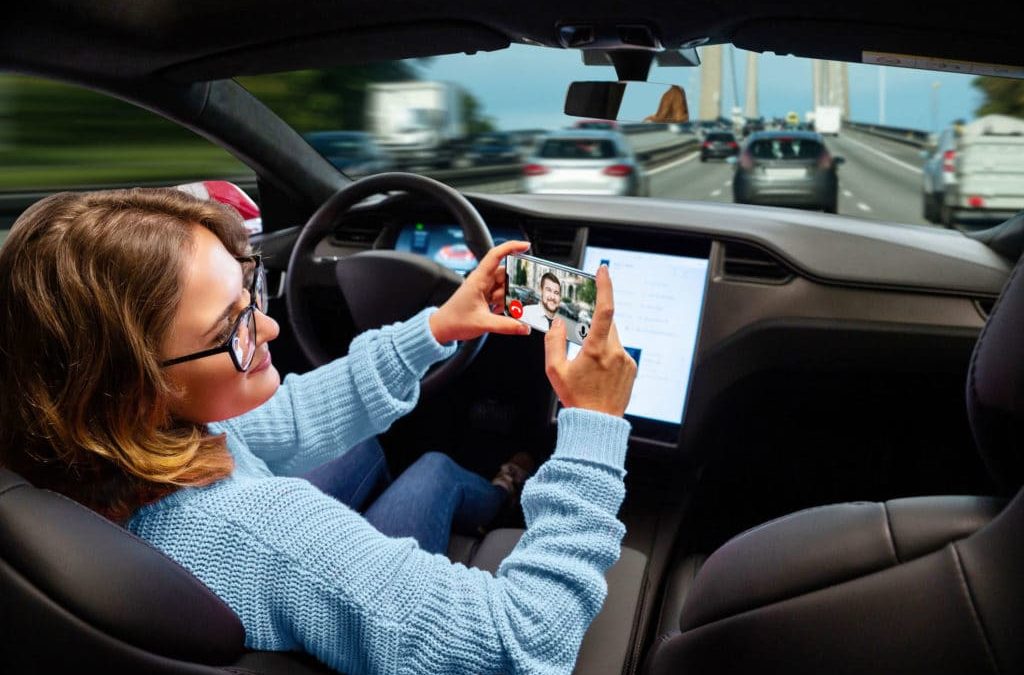 In spring 2019, Snapchat recorded its 200 millionth user. Despite its popularity, Snapchat has struggled to increase revenues for years, earning its reputation for being financially unpredictable. But what if Snap Inc. were able to diversify its source of revenue by essentially becoming a wireless company?

Thanks to eSIM technology — powered by the possibilities of 5G — tech companies that would never consider themselves telecommunications providers today could compete with the telecoms of tomorrow. For phone carriers, this presents both a major disruption and a massive opportunity.

The case for eSims

Traditional SIM cards have been around for decades and are a huge bottleneck in deploying devices. Smartphones purchased from a wireless provider come with a SIM card installed and can only connect to the providers that issued them, essentially locking the customer in and driving up revenues. In addition, each SIM card must be physically programmed and handled, adding logistical and manufacturing complexity.

eSIMs will disrupt the telecom industry by allowing consumers to go online and purchase data connectivity from whomever they choose. They also allow for dynamic over-the-air provisioning once a network is selected. For Mobile Virtual Network Operators (MVNOs) — resellers of mobile network operators’ communication services — it’s a potentially huge boon. But for tech companies or device manufacturers hoping to harness 5G, eSIMs’ built-in connectivity is a game-changer.

Unlike AT&T’s $3.5 billion roll-out cost for 5G, an MVNO has no obligation to erect cellphone towers, open retail locations, or purchase smartphones in bulk for resale. The only thing it needs to buy in bulk is 5G access. As communication service providers (CSPs) try to fight the future as “dumb pipes,” MVNOs can leverage 5G’s unique ability to slice the network into dedicated and independent sub-networks. This approach may also prove intoxicating for tech companies like Snap, who are looking for new revenue streams.

eSIMs could offer a more open market and greater competition between telcos and MVNOs, as well as other tech companies looking to cash in. Snap’s new “Snapchat Mobile” could entice you by offering lower monthly phone bills, premium filters that only subscribers receive, discounts on the latest Spectacles glasses, and other unique benefits that conspicuous consumers can lord over their non-Snapchat subscriber friends.

Advantages of eSIM in an IoT world

Harnessing eSIMS as a business solution could be applied to a whole host of industries in which subscriber growth is stagnating, churn rates are rising and competition is fierce. This isn’t a new phenomenon. Credit cards have little to do with the grocery business, but many grocery retailers already offer personalized banking services. Mobile may seem just as incongruous, but for certain demographics that value low-cost services, it’s a natural progression. Tracfone knows this: it bought Wal-Mart’s mobile phone MVNO in 2016 and now boasts nearly 22 million customers.

IoT-enabled products stand to gain a lot in an eSIM world. Grand View Research forecasts the cellular IoT market in the United States alone will be $2.3 billion by 2025, tripling in size within seven years. In the automotive industry, 64 million vehicles in 2019 are believed to have shipped with some form of connectivity already, and it’s estimated that by 2050, V2X (vehicle-to-everything) technology will be a $33.3 billion business.

Connected cars could build devices with “blank” eSIMs that can be activated in the destination country, making it much easier for manufacturers to offer new products in new markets. If an autonomous car crosses an international border, the carmaker’s MVNO will automatically hand off to the CSP in that destination country. And when it’s time to sell that vehicle, “buying or selling a car with eSIM will be worry-free, with a simple over-the-air (OTA) download establishing services for the new owner,” according to Qualcomm’s ARM division.

Some service providers are already leveraging eSIMs to transform the enterprise connectivity model. Vodafone, which owns and operates networks in 26 countries, and has partner networks in over 40 others, has a strong automotive business thanks to its acquisition of Cobra in 2014. Vodafone is set to capitalize on eSIM connected cars for infotainment, navigation, insurance and breakdown services, remote diagnostics and more.

For existing service providers like Vodafone, adding new, stickier services to their ecosystems will be key to keeping and attracting new customers. Those who don’t adopt Vodafone’s model will be at risk of another provider or MVNO swooping in with a better offer for an empowered eSIM customer.

eSim in your AR

Unsurprisingly, the biggest enabler of eSIMs will be 5G and the opportunities it presents, such as self-driving cars and technologies like AR and VR.

I believe that in two years, every person that has access to mobile devices or technology will be using AR in some way or another.

According to artificial intelligence research firm Tractica, wearable device shipments worldwide are forecast to grow 147 percent over five years, to almost 430 million devices a year by 2022. In the near future, smart glasses with AR technology beamed directly onto our eyeballs will only be possible by harnessing 5G speeds. eSIM makes embedding 5G into wearables viable by shifting the task of programming a separate chip to the consumer, not the factory or retailer.

Plagued with hardware problems and user-experience issues, Snap’s Spectacles were a spectacular failure at the outset. But what if 5G made it possible for AR glasses of the future to leverage facial recognition technology — great for those of us at parties who have trouble matching names to faces? Or what if they combined AR with 5G, GPS and AI, reminding us as we pass the corner store that we should pop in for a carton of milk?

Big advances in technology rarely take place in isolation. It’s the coming together of multiple independent technologies that lead to the great leap. Combining machine learning, AR, and 5G wireless advances made possible by technologies such as network slicing and remote provisioning will lead to new products and services we can only begin to imagine today. In the eSIM era, Snap and other innovators would be wise to consider bundling their must-have products, like wearable tech, with their own wireless services.

The winners and losers

There are big incentives for device manufacturers, over-the-top service providers and other tech players, like Snap, to support the industry-wide adoption of eSIMs. But what does that mean for existing telcos?

On the one hand, telcos have understandably been reluctant to adopt eSIMs. After all, what’s to stop their customers from switching operators if they’re no longer physically locked into their device?

On the other hand, it’s becoming increasingly clear that future IoT devices — consumer wearables, gadgets and cars — will be better serviced by eSIMs. Providers with global capabilities and strong manufacturing partnerships, like Vodafone, are already leveraging eSim technology where it makes sense. Others may struggle to reap the benefits, as second-tier providers and MVNOs steal business away with more competitive offerings.

Snapchat fans may have to wait a few years for a mobile offering and the filters that come with it. In a 2019 white paper, 451 Research VP Brian Partridge warned that by 2021 fewer than 1 in 5 telcos expect to provide the new enterprise services that 5G offers. “Our suspicion is that operators are not yet spending enough time ideating new service offerings they can own and deliver and may believe others will capture that value on top of their connectivity, or they want to get the basics right before extending into new services and value chains.”

More troubling for telcos are consumer brands looking to expand into new markets, who may find mobile services to be the next big thing. While built-in connectivity, especially for AR start-ups, will remove a major hurdle in sales cycles and accelerate their go-to-market, we can infer from Partridge’s report that telcos may be more concerned about protecting existing revenue streams and keeping churn rates low — for them.

Giving companies like Snap, who aren’t currently in the cellular service business, a turnkey ability to entice subscribers through discounted contracts and customer-only features will drive down their own churn rates and drive up average revenue per user (ARPU). Keep in mind, it may also help line the pockets of MNOs, as they sell their 5G broadband in bulk to startups, tech businesses and MVNOs.

Whether telcos like it or not, services like Snapchat Mobile are coming. For MVNOs, offering bulk access to their 5G network services could prove to be a lucrative business opportunity, but they will also need to find new ways of creating value for their customers if they don’t want to be left behind.