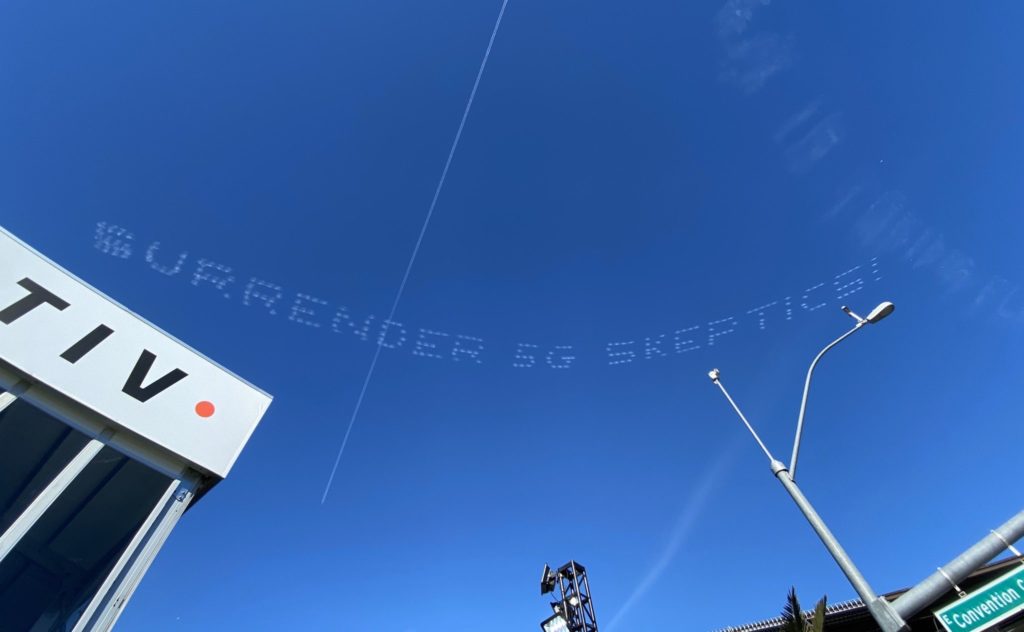 While I was at Mobile World Congress Americas late last year, it became evidently clear that we will not see the ubiquity of 5G handsets until at least 2024. This is due to a combination of building 5G infrastructure, evolving standards, availability of devices, and ultimately, consumer adoption.

With four years between now and a supposed fully-realized 5G experience, there is a danger of creating disillusionment with consumers around 5G’s true potential. 5G represents one of the most significant and transformational advancements we have seen to date, but by the time we reach 2024, will consumers be looking for what’s next?

Through this lens, we are going to take a look at how 5G has made an impact on conferences and cultural events so far in 2020. From building hype at the 2020 Consumer Electronics Show to the role 5G played at the Super Bowl LIV, to previewing what we would have seen at Mobile World Congress 2020 in Barcelona if the event had not been canceled due to concern over the coronavirus outbreak.

There was a significant amount of discussion about 5G at CES, but not as much tangible technology on display. New potential use cases were highlighted and much of the discussion shifted from focusing on handsets towards the broader application of 5G in autonomous cars, IoT devices, and impact on municipalities.

The actual consumer-facing technology on the show floor was minimal. Only a handful of vendors such as gaming peripheral maker Razer had any tangible 5G tech – they showed off a 5G home router focused on enhancing gaming.

CES 2020 was supposed to be a big coming out for the first wave of 5G handsets in 2020, but many of the bigger manufacturers were holding back their releases for Mobile World Congress Barcelona, while Samsung held its own “Unpacked” event earlier this month.

This year was the first 5G Super Bowl. With so much emphasis on 5G courtesy of Verizon, the city of Miami, Hard Rock Stadium, and even an in-game camera were powered by 5G.

Verizon invested nearly two years and $80 million into the city of Miami to ensure that the Verizon 5G ultra-wideband technology was ready for the big game. They also partnered with the NFL to create the NFL OnePass app. This allowed for augmented reality features to be rendered through the user’s camera to activate wayfinding around the stadium to find restrooms, line length at concessions, and inventory for souvenirs.

During the game, one single camera was connected to Verizon’s 5G network to create a live shot that was used once during the game. This was more of a gimmick than practical application, but again, it is meant to showcase the investment in 5G by Verizon.

This leads to one of the issues with consumer-focused 5G and the Super Bowl. Verizon and T-Mobile invested millions of dollars in delivering 5G focused advertising that didn’t make a significant impact, according to post-game spot analysis. The messaging around what 5G can and cannot do did not provide a clear value proposition around how 5G will impact and enhance consumers’ lives.

The carrier that can clearly define practical use cases while demonstrating the potential will make the biggest impact in 2020.

Mobile World Congress Barcelona 2020 (what may have been)

The theme of Mobile World Congress Barcelona (MWC) would have been “intelligent connectivity,” focusing on the convergence of artificial intelligence, big data, and IoT – powered by 5G.

Had the event continued as planned, there were four areas that I would have closely monitored to gauge the true potential of 5G in 2020. They are infrastructure, handsets, Industry X, and consumer engagement.

Infrastructure – At MWC 2019, security and regulation were at the top of the 5G infrastructure discussion. I expected MWC Barcelona to continue the focus on security, regulation, as well as discussions on the cost of rolling out 5G and what the potential return on investment will look like for operator deployments.

Handsets – MWC 2019 saw the first wave of 5G smartphones announced. From the Huawei Mate X, Samsung Galaxy S10 5G, Xiaomi Mi Mix 3, LV V50 ThinQ, and the ZTE Axon 10 Pro 5G, we saw the race to release consumer devices unfold. While the tech specs were impressive, what was missing was pricing and release for most of the devices. Samsung has now announced their Galaxy S20 model with 5G, which is available for pre-order. With this year’s conference canceled, we’ll have to wait and see how each vendor and manufacturer plans to release announcements and demos.

Industry X – Mobile World Congress has shifted in recent years to focus on industry verticals. While mobile operators continue to focus on consumer segments, Nokia has focused on private and industrial 5G networks that are industry-specific. This is where we see immediate opportunities to monetize the potential of 5G.

Consumer Engagement  – Last year, the International Olympic Committee discussed the role of augmented and virtual reality in the future of the Olympics. I expected to see more emphasis at MWC 2020 on the consumer engagement side of 5G. With a year of advancement and new use cases, I fully expect to see technology that continues to blur the lines between digital and physical reality.

Here are the events that are key to watching how consumer experience will evolve with 5G.

May Developer Conferences – On May 5-6, Facebook will hold its annual developer conference F8, followed closely by Google I/O on May 12-14. It’s important to monitor developer conferences, as both organizations have said they’re focusing on empowering and democratizing access to their various platforms that are on the front line of experience.

Mobile World Congress Shanghai and Americas – While the international event has been cancelled, the GSMA also hosts more regional events to look forward to. MWC Shanghai is scheduled to go on at the end of June, while the end of October will see MWC Americas in Los Angeles, where the focus will be on experiencing 5G networks live and on the future of 5G implementation.

Apple Events – In the spring of 2020 will be the first of Apple’s 2020 event slates. It is possible that we will see a slew of new and updated Apple products, but time will tell if any 5G handsets make their debut here.

The first week of June will see Apple’s Worldwide Developer Conference. This, similar to Facebook and Google’s developer conferences, are key to gaining insight into how the operating systems will evolve and what’s on deck to support the creation of experiences. But September is the big consumer event that people look forward to. This Apple affair will most likely be the big rollout of three new iPhones, and this is the prime spot for the first iPhones equipped with 5G chips to make their debut.

In addition to these tech-specific affairs, international sporting events like the summer Olympics and Euro Cup (football) will draw headlines showing off new innovations in technology to advancing in-stadium and at-home viewing experiences.

There is a lot to be excited about in 2020. It’s less about disruptive technologies and more about the convergence and exponential acceleration of experiences through intelligent systems. We are seeing the first use cases that are scratching the surface of what a 5G-enabled future might look like.