The future of shopping in the age of AI 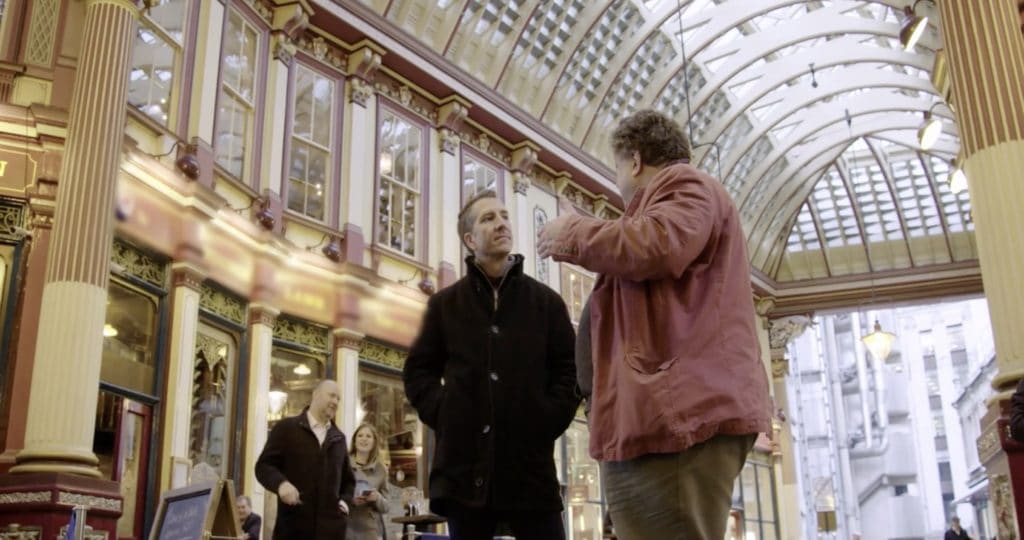 One of the biggest brains at Amazon is working on a plan to deliver products to you whether you ordered them or not. Leveraging machine learning to predict what you need before you need it is expected to be big business, according to the Amazon Web Services big data developer Darin Brinkman.

Speaking at the IMPACT AI Conference in Ottawa, Canada, Brinkman says there will come a day when the doorbell will ring, and it will be a selection of new shirts. All because his algorithms determined I like blue shirts and I typically buy them at this time of year. Don’t love the selection? Hit a button, and they’ll be retrieved. Keep them, and my credit card will be dinged. For a guy who doesn’t like to shop for clothing, what could be easier?

Not everyone agrees the future of shopping is algorithmic

Ogilvy UK’s Vice Chairman Rory Sutherland is the closest you’ll get to a real-life Mad Men character. The advertising executive’s job description is deliberately vague, so this veteran can be free to chase ideas down rabbit holes.

“I think someone who is being hyper-logical would naturally assume that at some point in the future, all retail will be online retail,” Sutherland tells me from his perch overlooking London’s Thames. “And if you look at it from a very rationalist economic lens, that might seem a sensible assertion.”

“If you are at home, you’re unwilling to leave the house for three days and you want to buy one thing, I think online retail makes perfect sense,” Sutherland admits. But he argues the problem with that assertion is that we don’t buy things rationally or exclusively for economic reasons.

In his latest book, Alchemy: The Surprising Power of Ideas That Don’t Make Sense, Sutherland asserts that important ideas are happened-upon by accident and only explained in retrospect. He fears we’re creating a hyper-rationalist world where we only test theories that make sense in advance.

He argues using machine learning and artificial intelligence algorithms to predict what we want fails to acknowledge that our purchasing decisions (why we choose one product over another) often don’t make rational sense.

As we stand outside a fountain pen shop at Leadenhall Market, where commerce has occurred since the 14th century, Sutherland stresses his point: he just bought a pen. “I bought a pen because the presence of a pen shop kind of kindled my interest in pens… because you see, I suppose I could go online and search for pens, but the fact is nothing would really trigger me to do that.”

That purchased pen is currently mightier than the artificial intelligence sword. $2.8 trillion was spent online in 2018, about 10 percent of the overall commerce conducted around the world that year.

Sutherland’s point? We don’t know what we want until we see it.

“AI should be used to make me more creative and more imaginative and to show me things that I never would have searched for. Instead, what it’s doing is narrowing my search purely based on the parameters that I can type into it. And that seems to be a lost opportunity.”

The ad-man asks us to perform a simple test for those of us in relationships: had we written down a list of parameters and metrics that we’d want in a life partner, would we find it bears only a passing resemblance to the person we actually committed to sharing our lives?

This disconnect between what we think we want and what we choose is the basis behind his argument that an Amazon predictive AI delivery system is “highly dubious.”

But Sutherland suggests there’s a potential solution, one that he admits makes him sound like a smoke and mirrors merchant: give us the illusion of choice.

“We are much, much happier doing something if we have some control over how it’s done or what it’s paid towards,” he says. “The very fact that we can exercise choice makes us happier about things…. the feeling generated by choice is real and matters to us. Even if the choice to a rational economist might be a trivial or hairsplitting or even irrelevant.”

With that advice, Sutherland and I parted ways and I watched the larger-than-life advertising executive, pen in hand, disappear into the late afternoon Leadenhall Market crowd to window shop.

Watch The Future of Shopping in the Age of AI