The race to dominate artificial intelligence 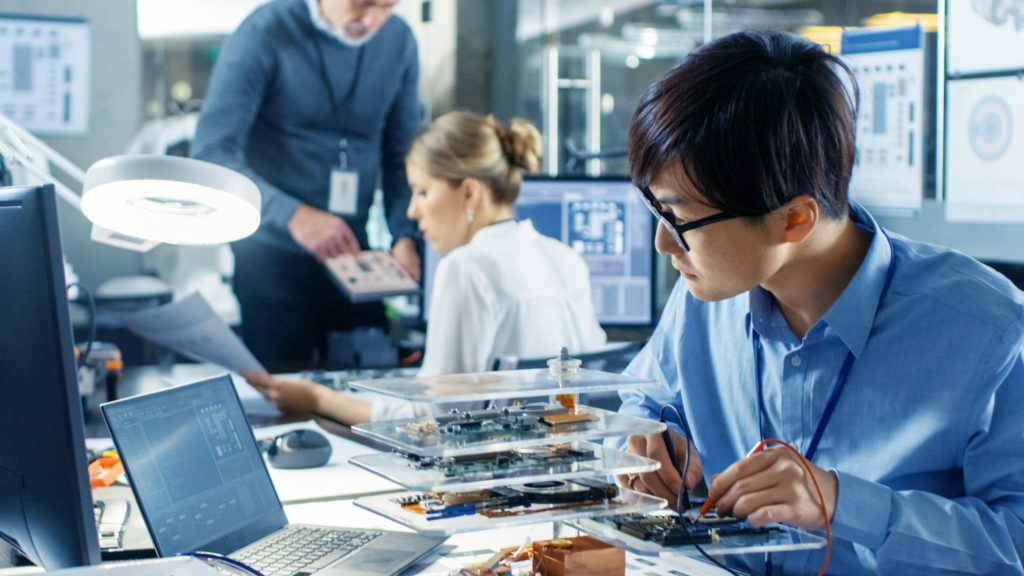 Led by software giants like Google and Facebook in the United States and Baidu and Tencent in China, AI is provoking a technological revolution that is fundamentally different from revolutions of the past. Ownership and control of AI and machine learning represent a level of geopolitical power that will reshape virtually every domain of human activity—social, economic, political, and military.

Forecasts suggest that AI will add a massive $15.7 trillion to the global economy over the next decade. As a “thinking” technology, AI is now the basis for a wide range of mainstream technologies including web search, factory robotics, smartphone applications, medical diagnosis, military drones and most recently, autonomous vehicles. Together, machine learning, natural-language recognition and robotics are converging around what the World Economic Forum has described as the Fourth Industrial Revolution.

AI could contribute up to $15.7 trillion to the global economy in 2030, more than the current output of China and India combined.

PwC Analysis “Sizing the prize: What’s the real value of AI for your business and how can you capitalise?” (2017)

AI is opening a vacuum in geopolitical power that could be filled by a wide range of countries. The competition to dominate AI and machine learning often characterized as “AI nationalism” or “techno-nationalism” with China or the US as the next AI superpower. Indeed, the current US-China trade war is almost entirely fuelled by the competition to dominate AI. Beyond raw materials—steel, aluminum soybeans— the underlying issue is China’s accelerating technological prowess. Alongside the US and China, Canada, France, Britain, South Korea and Russia are also deploying significant resources to develop and commercialize AI.

Who is leading the race?

Since its inception some 60 years ago, AI has evolved from an arcane academic field into a powerful driver of social, economic, and military transformation. Like electricity or the printing press, AI and machine-learning are fungible technologies with the capacity to improve a range of technological systems and processes.

AI is revolutionary in two fundamental ways. Firstly, it industrializes and accelerates the very act of innovation. Secondly, it allows learning and innovation systems to leverage information in ways that exceed the capacities of the human mind.

Over the past half century, the US has developed a commanding lead in AI research. But more recently, that lead has eroded as China’s technological capability has grown. As a recent report from the US Intelligence Community explains, the global race to develop AI and machine learning accelerating the development of highly capable AI systems with national security implications.

In fact, all modern institutions are being transformed by AI. Unlike previous military technologies—gunpowder, fossil fuels, and nuclear energy, AI is a multi-purpose technology impacting commercial and military industries alike.

The long-term impact of AI remains hard to predict. For this reason, many technology leaders have expressed concern about the risks that AI now poses. Elon Musk, Bill Gates and Stephen Hawking have all expressed trepidation with regard to AI research and development. Musk, in particular, has recommended aggressive government regulation, suggesting that AI is more dangerous than nuclear weapons. But just as there is no arms control regime for electricity or internal combustion engines, it’s hard to envision a single comprehensive regime for containing and/or regulating AI.

Any powerful technology can be misused. AI systems that imitate aspects of human cognition offer a range of challenges overlapping data management, cyber espionage, algorithmic bias, labor automation, financial management and personal privacy that will need to be addressed through various forms of regulation.

In the near-term, there are existential challenges associated with AI that will require oversight as well. The threat of a global arms race in lethal autonomous weapons is a very real danger. AI-driven weapons that can select and engage targets without human intervention are on the horizon.

Part of the answer to regulating AI is international cooperation. In the context of the complex global social, economic and security concerns surrounding AI, multilateral approaches are fundamental to bridging industries, nations and interest groups, while raising safety standards and shaping regulatory systems. In Europe, for example, the process is already underway. The European AI alliance and European Declaration of Cooperation on Artificial Intelligence represent initial forays into multinational coordination.

The development of responsible international regulatory strategies will require competent experts from a wide range of social, political, economic, and military domains. Beyond formal institutions, there is also a need for a robust civil discourse that includes academic researchers, nongovernmental organizations, journalists, and political activists in shaping the conversation around AI. Ultimately, the multifaceted issues surrounding AI are legal and governmental. Governments will need to use their expansive resources and legislative capacities to structure the regulatory environment in which AI systems evolve and mature.