The role of self-driving vehicles in transforming agriculture 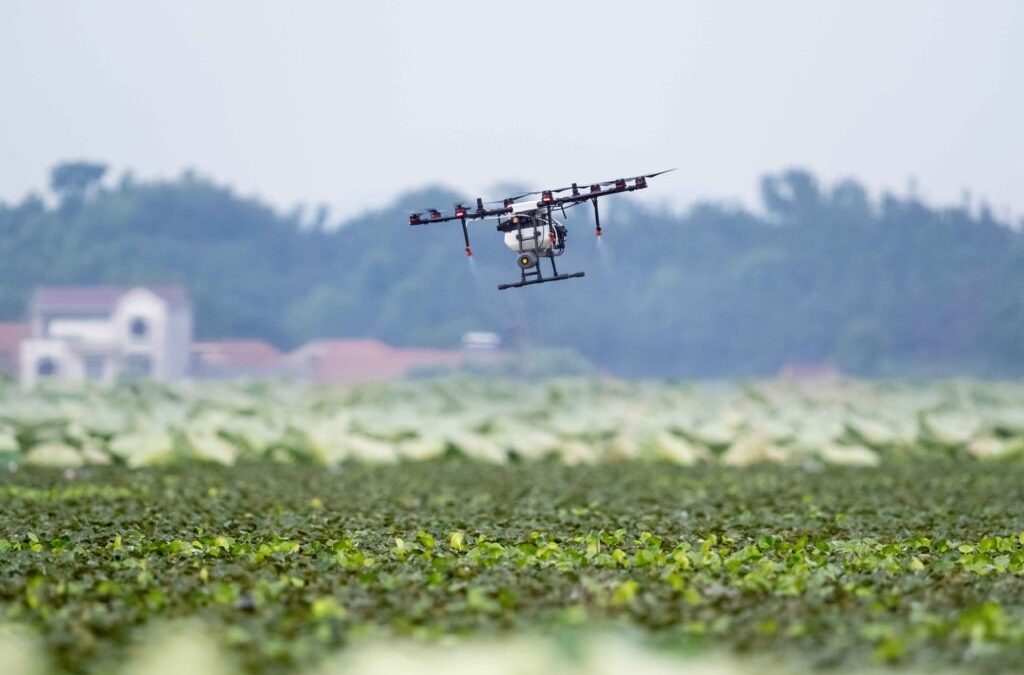 In the near future, autonomous vehicles and artificial intelligence (AI) will play a larger role in how your food is grown.

Farming is as old as civilization itself, but with industrialization, modern agriculture grew in scale and sophistication to degrees never seen before in history, especially during the Green Revolution of the 1950s-60s. The sector may be poised to go through another comparable evolutionary step with machines doing important jobs in the fields.

The United Nations projects the global population will increase to 9.73 billion people by 2050. While 60 percent of the global population lived in rural areas 35 years ago, about 54 percent now live in urban ones. And with aging rural demographics, it’s a migratory swing leading to concerns and urgency over food supply and security in the coming decades.

A report from the UN Food and Agriculture Organization (FAO) estimates agricultural output will need to increase 50 percent over 2012 levels to simply meet demand by 2050. As big as the number is, it’s not necessarily insurmountable, given past trends. For example, agriculture production tripled between 1961 and 2011. But the challenge is more pronounced now because of a variety of factors that not only include migration patterns and aging demographics, but also climate change and a slower pace of innovation.

The COVID-19 pandemic also shed further light on the importance of maintaining supply under the most difficult circumstances, particularly when labour shortages become a global, rather than a local, problem.

Tractors are synonymous with plowing farmland, and since their inception, they’ve been driven by humans. Take the human out of the driver’s seat and an autonomous tractor could tirelessly till the same land. Add some AI and location tracking to help determine its path and the sought-after efficiency may be easier to attain.

That was what researchers at Harper Adams University thought while running an experimental farm called Hands Free Hectare in the British village of Edgmond in 2016. It started with one hectare (2.47 acres) using a converted tractor and 25-year-old combine harvester into autonomous vehicles equipped with cameras, lasers and GPS systems.

Strict rules meant no one could set foot on the land, so while the two vehicles prepared the ground, sowed the seeds and maintained the crops, drones swooped in to scoop soil and crop samples. They even monitored them for weeds and disease.

New funding since then expanded the farm to 35 hectares (85 acres) and three self-driving tractors in 2019. Except, instead of a “perfect hectare,” the project looked to challenge the AI-driven machines with more “real-world conditions” that included obstacles and irregular pathways. The original one hectare harvested two seasons of grain without any manual labor, marking it as the first time something like that happened anywhere in the world. The current expansion should yield results with other crops as well.

Agriculture experts generally agree that making this a reality on a grand scale will require commitments from several players. For starters, the world’s largest agriculture equipment manufacturers would not only need to embrace developing autonomous machines but also the AI technology smaller developers are working on to make them smarter.

That includes the likes of John Deere, AGCO, Iseki and Kubota, among others. For its part, John Deere unveiled a prototype self-driving tractor and autonomous sprayer in October 2019 that offered a glimpse into how machines may handle more of the grunt work required for harvesting crops.

Blue River Technology, acquired by John Deere in 2017, created See and Spray, a device that uses cameras, machine learning and AI to detect weeds in their fields. The machine has the ability to spray pesticides, fertilizer and fungicides. This technology can help farmers reduce the amount of weeds among their crops as much as 90 percent in a few years, but in order to be effective, it requires ultra low-latency to quickly determine which plants are weeds and take action. This is where 5G will make a difference.

In an interview with LightReading, John Stone, SVP of the Intelligent Solutions Group at John Deere, also said that because this application would be stored in the cloud, as opposed to a piece of hardware, “it means we could have a lower cost machine. The farmer would just need the modem on the machine to execute and then do the heavier computing in the cloud.”

Projections vary, especially when delineated into segments, but overall, forecasts put the farming equipment market at $180 billion by 2024 in a report from Global Market Insights released in October 2019.

That may lend governments’ ears to pass legislation that would iron out details on liability and regulate when and where robots can do their jobs. As long as farmers are willing to embrace the technology, the pieces of this autonomous puzzle may come together. There is some precedent there — the first milking robot launched in 1995 and is now a fixture on farms everywhere.

In lieu of new vehicles, engineers and developers could convert existing tractors into robotic ones. Several firms, like Precision Makers in the Netherlands, have offered that kind of technology before, though it is more focused on a “cab-less” robot tractor called the Greenbot that it’s now building for John Deere. The market, at large, is also veering toward full autonomy, albeit still years away from mass adoption.

In the United States, less than one percent of the working population was in the agricultural industry in 2018, according to the U.S. Bureau of Labor Statistics. In Canada, Statscan says that number is just shy of 1.5 percent and falling as of 2019. It’s a trend seen across the globe as people continue to head for cities.

Finding people to fill agriculture jobs has been a losing battle for decades, which explains why seasonal migrant workers pick crops in both countries. Future food demand with current employment levels would strain the global food system, lending further credence to the need to make it more efficient now.

Machines could be a major cog in that wheel in improving yields to a much higher degree. Farmers may gain the ability to more accurately spread fertilizer and herbicides, or apply what is necessary only to the crops that need it most, rather than all of them. Using a combination of GPS, sensors, and imaging, they would presumably have a better handle on how to deploy the robotic vehicles tilling the land.

It’s a futuristic vision, but one that looks to become a reality in this decade. Self-driving cars on the road may get plenty of attention, but it may be the ones on the farms that keep everyone fed.