Transhumanism: The economic and biological impact of automation 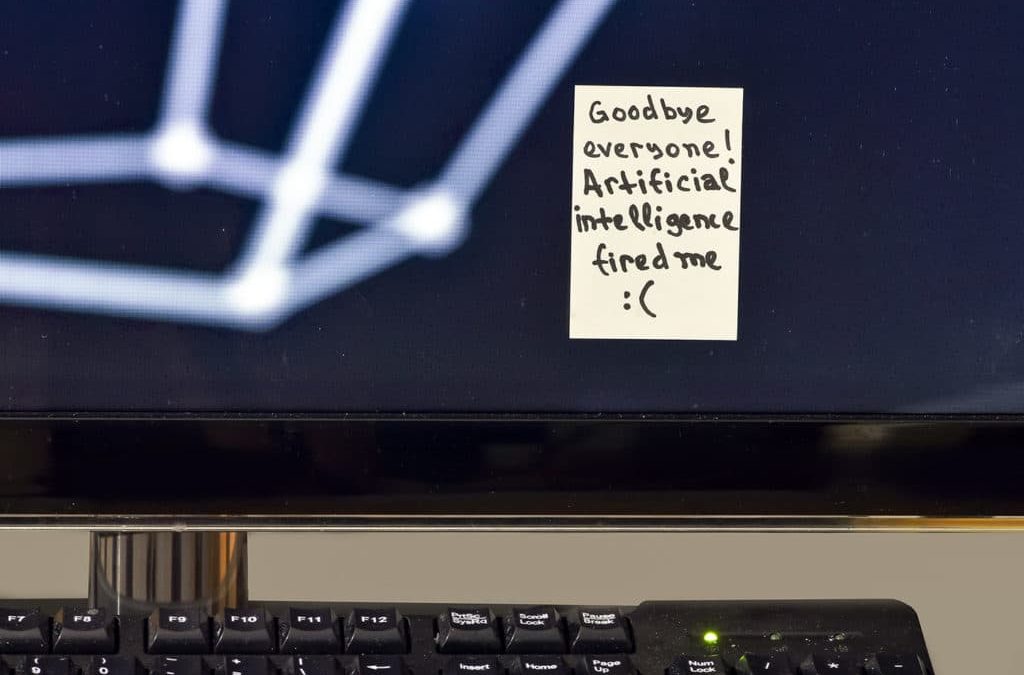 Advances in artificial intelligence (AI) and machine learning are introducing massive changes across the global economic landscape. AI is now the basis for a wide range of mainstream technologies including medical diagnosis, financial accounting, factory assembly, and self-driving cars.

According to MIT economists, Erik Brynjolfsson and Andrew McAfee, postindustrial economies are now moving into a “Second Machine Age” in which software and machines are poised to automate white collar labor across multiple fields. But what happens after automation? What role will humans play in a world without work?

Many transhumanists argue that advanced technologies will soon provide humanity with a means to evolve beyond its current physical and mental limitations. For transhumanist thinkers, the development of advanced computational technologies foreshadows a new era in which humans and machines evolve together. Beyond the era of automation, perhaps we should begin to consider the possibilities of a future transhumanist economy in which human evolution is the key to economic growth.

Beyond the age of automation

Brynjolfsson and McAfee are not the first economists to predict that technological innovation will drive underemployment and the end of work. The British economist John Maynard Keynes first coined the term “technological unemployment” to describe what he foresaw as the coming age of worker displacement.

In our current era, a host of disruptive technologies are now converging to reshape the nature and function of the global economy. Together, machine learning, advanced robotics and biotechnology are converging around what has been described as the Fourth Industrial Revolution.

What we do know is that the global economy is now highly dependent upon innovation — especially software-driven innovation. Much as an agricultural society was shaped by farming, and an industrial society shaped by factory production, so today’s industries are now increasingly being shaped by AI and machine learning.

Beyond rudimentary tasks, machine learning is becoming particularly adept at language processing, data analysis and computer control systems. As AI becomes increasingly effective at automating tasks like accounting, driving and finance, should we worry that human labor will be eliminated altogether? As we’ve covered before, not necessarily.

While AI has been particularly effective at automating routine tasks, it has been much less successful at automating tasks that require creativity, meaning-making and contextual judgment. Even as technology eliminates the need for routine labor, it also opens up whole new opportunities in industries that depend upon human ingenuity. What seems increasingly certain is that the future of the global economy will depend upon technologies that transform the human itself.

Transhumanists advocate improving the human condition through science and technology with the purpose of augmenting human physical, cultural and cognitive capacities. In their view, the human species remains at a comparatively early phase in its evolutionary development. Building on a combination of machine intelligence, genetic engineering and molecular nanotechnology, transhumanists suggest that technology is driving humanity into a new era of human evolution.

In the near future, we can expect advances in synthetic organs, autonomous robots and biomedical engineering. Already we see brain implants that enable paralyzed individuals to operate prosthetic limbs through thought-driven interfaces. Stem-cell technology has begun transforming the way we eat and may soon make it possible for parents to ensure the health of their offspring.

In the long-term, we will likely see human intelligence evolve radically as we leverage machines to improve complex cognitive tasks. For example, in Silicon Valley, Bryan Johnson’s Kernel and Elon Musk’s Neuralink are endeavoring to make this a reality by bridging human and machine intelligence through neural prosthetics.
As machines move to displace white collar labor across a waning industrial society, so the influence of transhumanist thinking will likely grow.

As we push further into the realms of science fiction, the risks of playing God also become increasingly obvious. Notwithstanding the dangers of science and technology, the reality is that modern advancements in biology, economics and engineering have led us to this point in history. Mary Shelley’s Frankenstein stands as a permanent reminder of the risks of human hubris. But we should also be prepared to use the tools we have available to improve the human condition.

Where thinkers like Peter Drucker and Alvin Toffler have often described our current era as the Information Age or knowledge economy, the reality is something different. A more accurate characterization of this new era would be to describe it as an age of accelerated evolution. The nature of work is changing: it is evolving from mass industrial production to the redesign of the human itself. This represents more than a shift from an industrial society to something else, but a qualitative transformation in the very nature of what it means to be human.