When will air taxis be ready for takeoff? 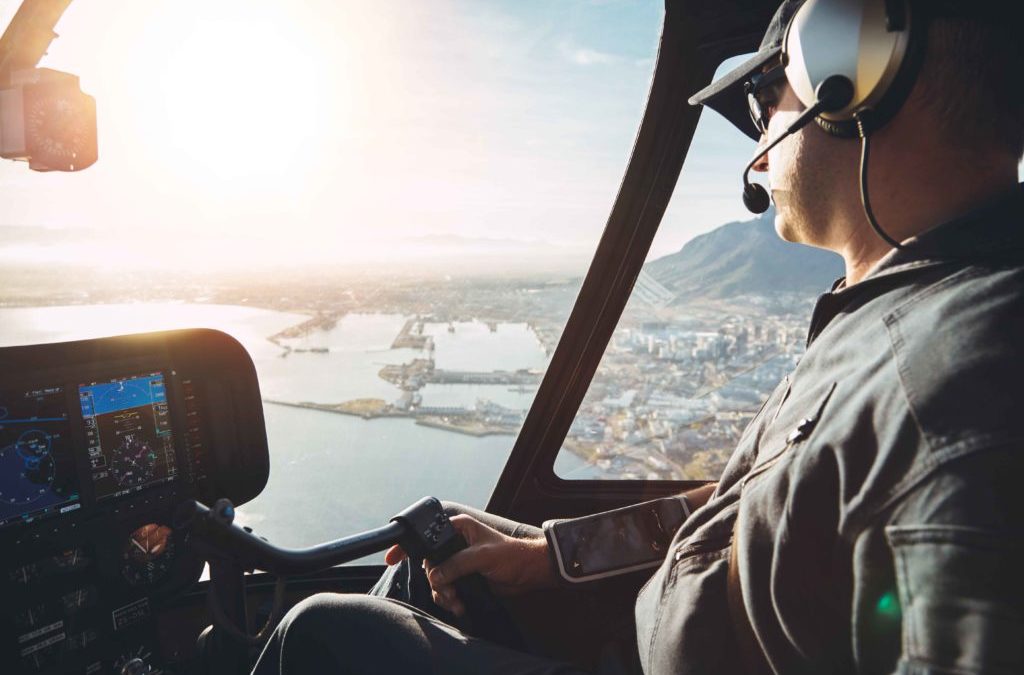 Plans are underway in the next decade to make ride-hailing a reality in the skies with air taxis, as startups and established vendors look to do something about urban gridlock.

Cities are trying to reduce congestion by clearing streets wherever possible. San Francisco has taken bigger leaps to get there by launching its Transportation Plan in 2017 and even banning all personal vehicles on Market Street, its busiest thoroughfare. A 3.2km stretch in the heart of the city will be open to pedestrian, bike, skate, scooter, and public transit traffic by 2025.

In 2018, Toronto started its own pilot project on a busy stretch of King St. West downtown that left it open to public transit streetcars and taxis, while limiting access to passenger vehicles. Other municipalities around the world have tackled the problem in ways that include congestion pricing or declaring specific areas as “low-emission zones.”

All of those initiatives on the ground still leave the skies free and clear. Helicopters have played the role of ferrying people from one point to another, except they’re expensive to maintain, with strict regulations and requirements. It’s also more expensive for a larger subset of customers. That was one reason why Uber’s helicopter taxi trial in Sao Paolo never panned out, though Uber Copter is still running a route in New York between lower Manhattan and JFK airport. There is also a small company in Southern California attempting a similar business model, albeit with Cessna planes.

Air taxis are a new vehicle type and differ from planes and helicopters in a few key respects. They aren’t traditional helicopters because they use multiple rotors, and engineers are looking to make them significantly quieter. They would be able to seat a handful of passengers, be all-electric, and ultimately, fly autonomously.

Much of this vision is in the conceptual stage at this point, which is why most estimates see them taking off — literally and figuratively — in the latter half of the decade. These aerial vehicles are like oversized consumer drones, and testing looks to ramp up in the next few years.

Uber’s Elevate program seeks to hit the skies as early as 2023, partnering with manufacturers, like Boeing, Bell and Hyundai, to offer it to passengers. In Boeing’s case, it tested a 30-foot-long all-electric PAV (Passenger Air Vehicle) developed by subsidiary Aurora Flight Sciences that claims to have a range of 80km per charge.

For its part, Airbus has done something similar with its CityAirbus concept air taxi it has called “Vahana.” It can cruise at 190km/h, and engineers have completed 80 reported test flights since 2018.

On the contrary, Hyundai’s all-electric S-A1 air taxi concept has yet to fly a single second in the air. It recently displayed a full-scale model at CES 2020 in Las Vegas, where engineers said they want to get it flying and in production by 2023. It wouldn’t actually offer flights to passengers until 2030, with San Francisco as the starting point.

That’s also the case with Bell, who has introduced two of its concept Nexus air taxis at CES 2019 and 2020. Neither has flown yet, but the plan is to make them operational in the next five years, complete with a dedicated app for booking flights, and infrastructure to support the Nexus taxis.

Air taxis would travel at speeds cars could never match, and ideally, with pretty unfettered routes cutting commuting time down to a fraction of the roads below. Speeds above 200km/h would be routine, covering the distance from one end of a city to another in minutes. Cruising altitude would likely be limited to 1,000-2,000 feet, keeping them away from commercial aircraft.

They would carry about a handful of passengers, possibly with a human pilot among them at first. That’s what Bell says it is willing to start with, whereas the other vendors want to see them fly autonomously as quickly as possible. There’s no word yet of what kind of training or license will be required to pilot an air taxi, not what regulations would be in place to manage increased air traffic.

Weight is another factor, considering the limited room for luggage and stability in the air. Thresholds are still up in the air (no pun intended), but at the high end, Hyundai is looking to hit as much as 7,000 pounds

The taxis would take off and land vertically at dedicated pads and points, some of which would be on top of certain buildings, and others on the ground. Part of the vision, particularly with Hyundai and Bell, are to integrate broader infrastructure to support the vehicles and their passengers.

Hyundai showed off its vision for landing pads called “S-Hubs” that would be a cross between airport terminals and boutique hotels. It even built fully-autonomous concepts called Purpose Built Vehicles, or “PBVs,” that would be like roving restaurants, medical facilities or small living quarters. It’s a big vision, yet no word on whether it would all come to fruition at the same time as the S-A1.

Beyond getting these air taxis in the air, the biggest technical hurdle is range. Roundtrips within a city appear to be in sight, but repeated daily flights would be a challenge when recharging is necessary various times throughout. Going up to 100km total is about where things stand, though the goal is to multiply that distance in the years to come.

Lawmakers will also need to iron out the regulatory side of the equation. Transport Canada recently updated its regulations for air taxi services, as has the Federal Aviation Administration (FAA) in the United States, which has been watching developments closely.

The technical and legal elements still have room to evolve, especially when it will take years to figure out the economics involved in making air taxis a viable business model. The skies will be clear for the foreseeable future, but at some point, getting around from above may not be pie in the sky anymore.